Tōfuku-ji (東福寺) is a Buddhisttemple in Higashiyama-ku in Kyoto, Japan. Tōfuku-ji takes its name from two temples in Nara, Tōdai-ji and Kōfuku-ji.[1] It is one of the so-called Kyoto Gozan or 'five great Zen temples of Kyoto'. Its honorary sangō prefix is Enichi-san (慧日山).

Tōfuku-ji was founded in 1236 by the imperial chancellorKujō Michiie.[2] He appointed the monk Enni as founding priest, who had studied RinzaiZen Buddhism in China under the monk Wuzhun Shifan. The temple was burned but rebuilt in the 15th century according to original plans. Tofuku-ji was one of the five temples of the Five Mountain System.

Like Kodaiji, Tofukuji belongs to the Rinzai Zen Buddhist sect. Stemming from an ambitious idea, it had to be the largest temple in Japan, based on two Nara temples, Todaiji with a huge Buddha and Kofukuji with a tall pagoda. It did however suffer ill fortune, as it was the victim of two fires in 1319 and 1334 and was destroyed in 1881. Tofukuji Temple is one of Kyoto’s oldest and most famous temples, and very easy to get to as it is just one stop away from Kyoto Station on the JR Nara Line.

In 1486 Ryōan Keigo became the 171st abbot of Tōfuku-ji. At the end of the 16th century Ankokuji Ekei was appointed abbot. From 1980 to 2009 Tōfuku-ji has been led by head abbot Keidō Fukushima.[3]

Tōfuku-ji's main gate is the oldest sanmon in Japan. It is a National Treasure of Japan. It is two stories high and five bays wide. The central three bays are doors.

Currently, the Tōfuku-ji complex includes 24 sub-temples, though in the past the number has been as high as 53.

Tōfuku-ji's large nehan-zu painting depicts Buddha on his death bed. This massive image (7 x 14 meters) is the second largest in Japan. The image at nearby Sennyū-ji is the largest of its kind in Japan, measuring 8 x 16 meters. Both images are rarely displayed, most recently in 2003 for three days only.[4]

A 1238 portrait painting of Wuzhun Shifan along with an inscription by an anonymous author was brought to the temple by Enni in the 1240s and remains there today. Plaques of Wuzhun's calligraphy is also kept at Tōfuku-ji.

In 1933 the Nihonga painter Inshō Dōmoto painted the large and vivid 'Blue Dragon' ceiling painting for one of the halls, which he painted in 17 days.[5]

There are a number of gardens in the various precincts of Tōfuku-ji.The current garden was designed by landscape architect Mirei Shigemori in the 1930s. The moss garden in particular has been emblematic of the renewal of Japanese gardening principles in the 20th Century.

The temple features a large number of Japanese maple trees, and is most crowded during the autumn season when people flock to see the autumn foliage. It is a tradition to view the leaves from the Tsūten-kyō bridge. 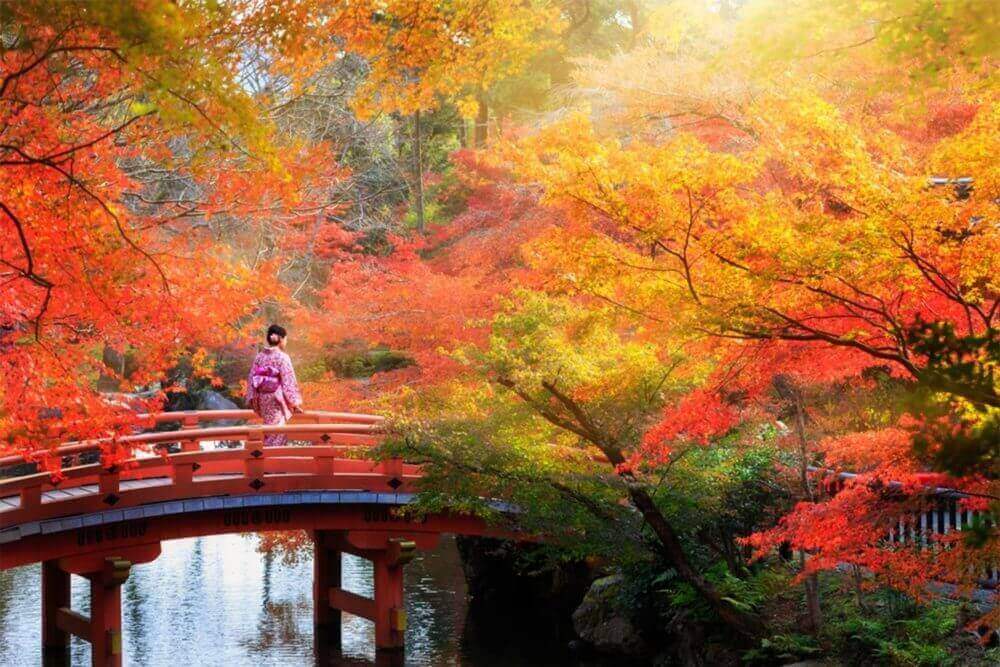 Tofukuji is a temple of the Zen sect of Buddhism. It was founded in the year 1236 at the behest of the Fujiwara clan. The magnificently large temple gate (called the Sammon Gate) which stands at the entrance is the oldest in Japan and is designated as a National Treasure. There are gardens on the north, south, east and west sides of the temple, each of which was created to have its own atmosphere. The four gardens are collectively known as the Hasso Garden. The main temple enshrines the seated image of the Fudo Myo-o (the Buddha who protects the laws of Buddhism). Several parts of Tofukuji temple’s grounds are free to enter. However, entrance fees apply to the Tsutenkyo Bridge, Kaisando Hall, Hojo and the gardens. Trivia-In autumn, people come from all over the world to see Tofukuji's autumn colours. 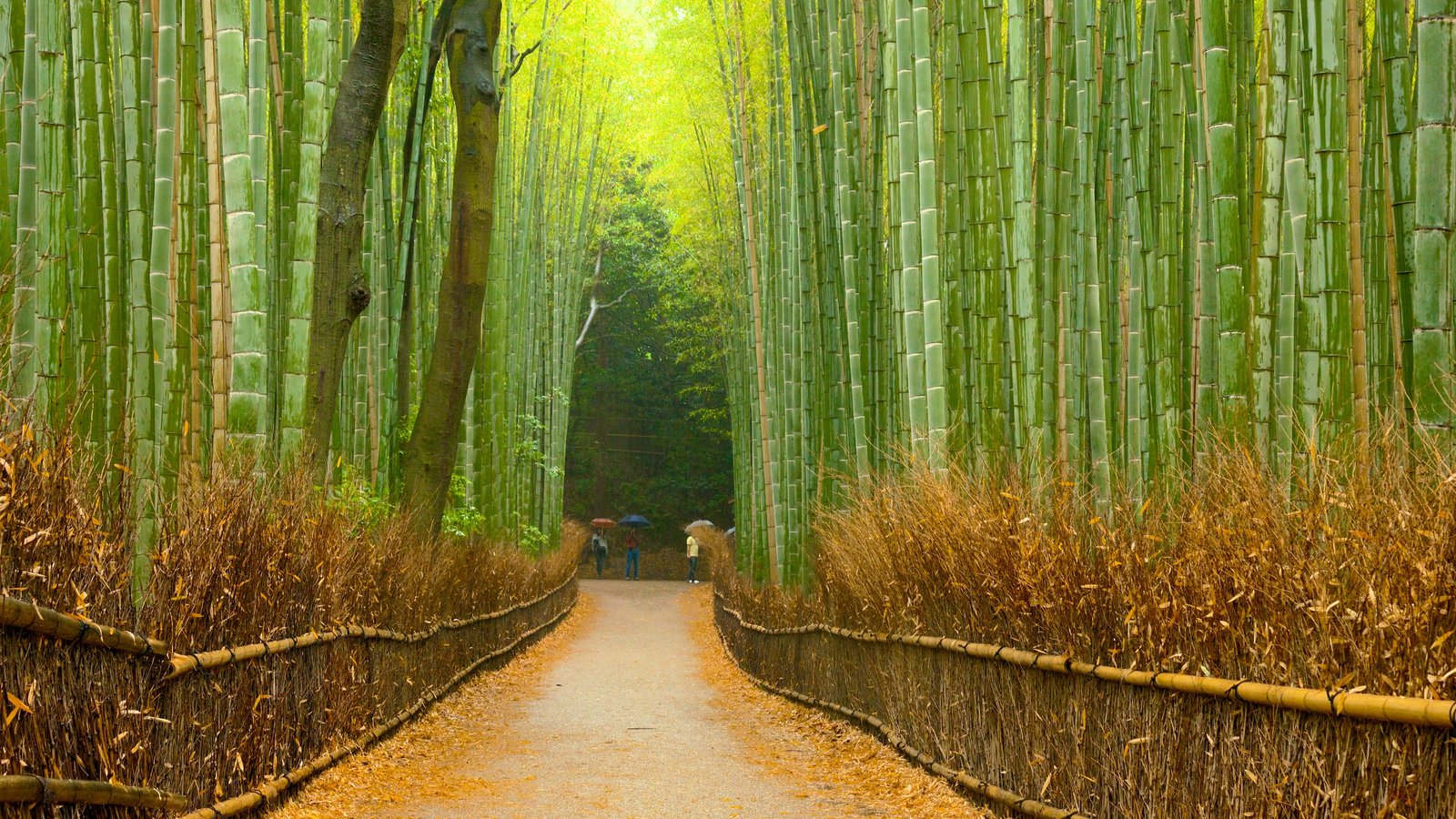 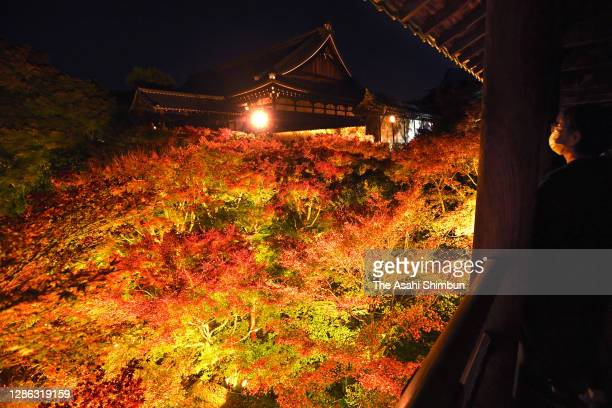 Love this? Explore the entire list of places to visit in Kyoto before you plan your trip.

Fancy a good night's sleep after a tiring day? Check out where to stay in Kyoto and book an accommodation of your choice.