Richard Marx is a pop singer who was popular while I was growing up in the eighties.

Some big hit songs back then by Richard Marx included, well, I can't really think of any at the moment, but, trust me, he WAS really popular back then!

So it was with great surprise when I logged onto Twitter and saw that once-popular 80s pop singer Richard Marx was 'trending'.

So, naturally, I checked to see why Richard Marx was 'trending' on the Twatter. 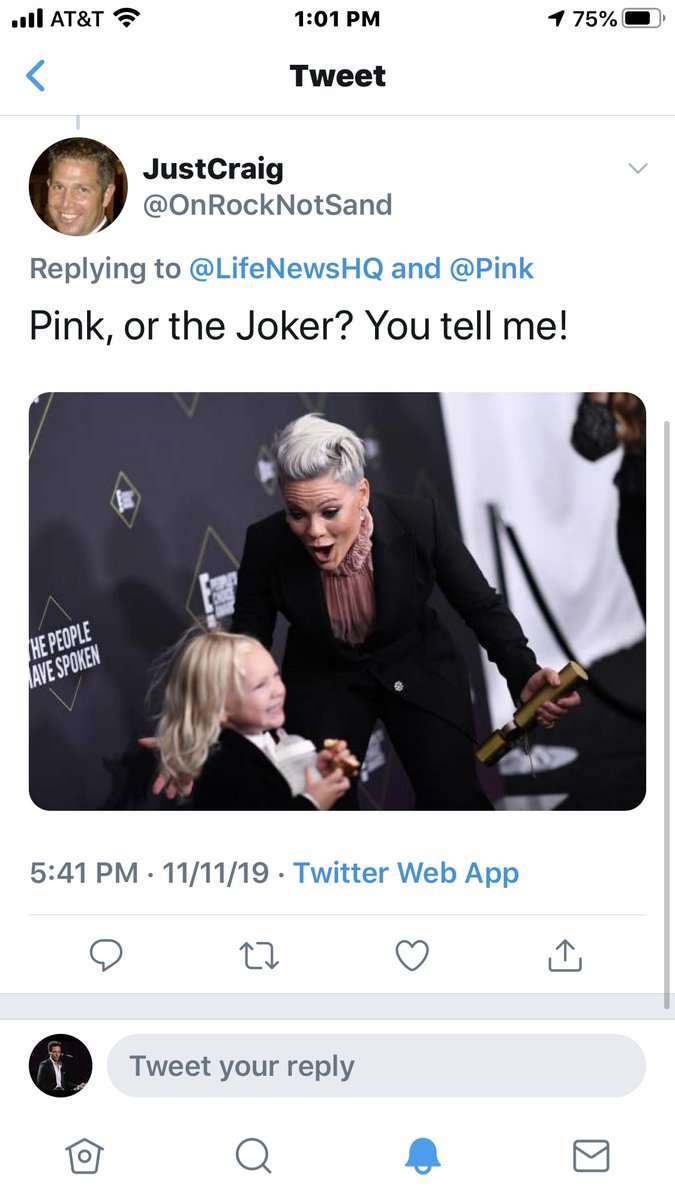 In response to one of his tweets, someone asked him, 'What songs do you sing?'

Soar lip liner lipstick. So Richard Marx kindly replied, 'The ones your girl fucked to before she met you.'

I, like a lot of others on Twatter, thought Richard Marx was The Man for responding like this to this guy.

But then I read Richard Marx's OTHER tweets and, just like every OTHER hasbeen celebrity on the Twatter, three-fourths of them were about THIS guy.

Like Syndrome told his former hero Mr. Incredible in The Incredibles, you just had to go and ruin the ride, DIDN'T you, Richard Marx? 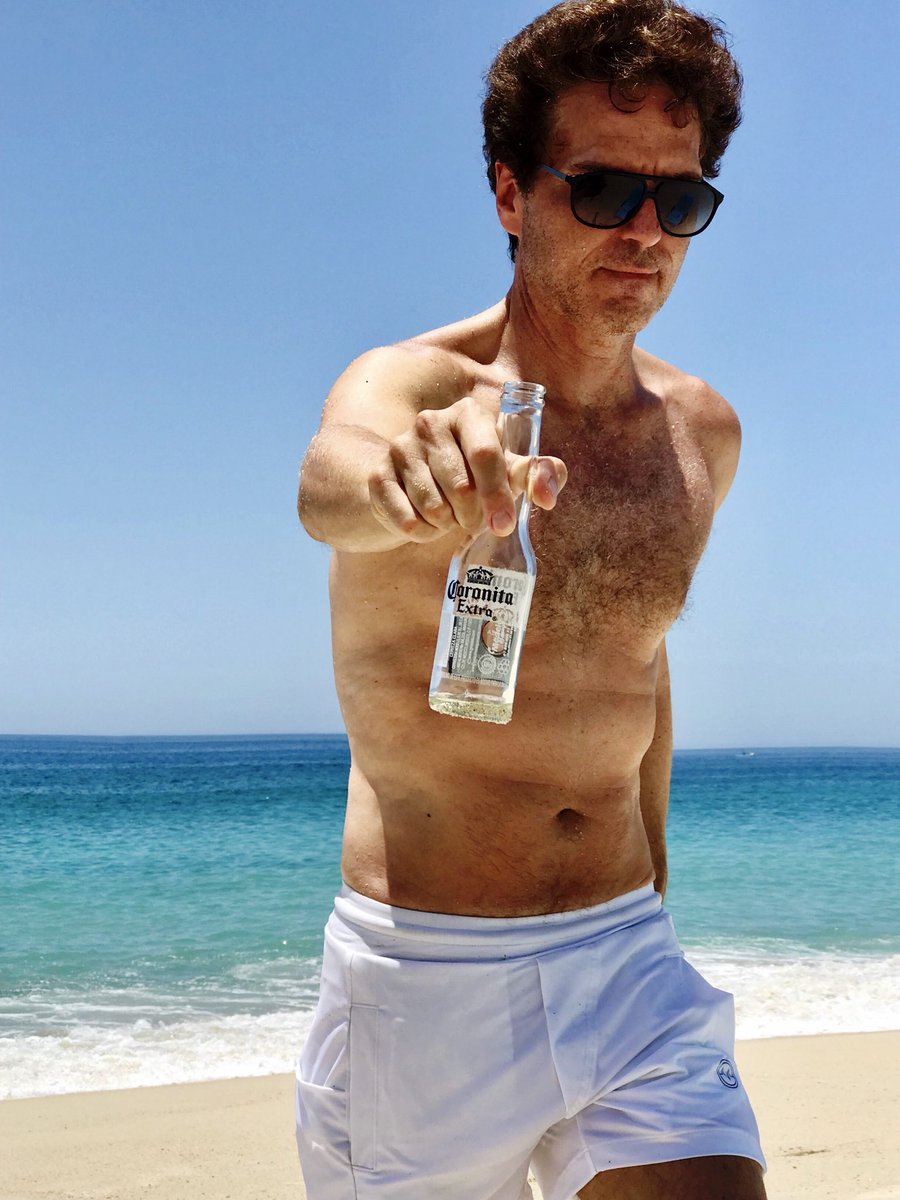 You can see where THIS one is going, can't you?

Anyway, I, uh-hum, responded to Richard Marx's tweet with the following:

'Actually, my girl used to fuck to Rick Springfield but that was just her!' 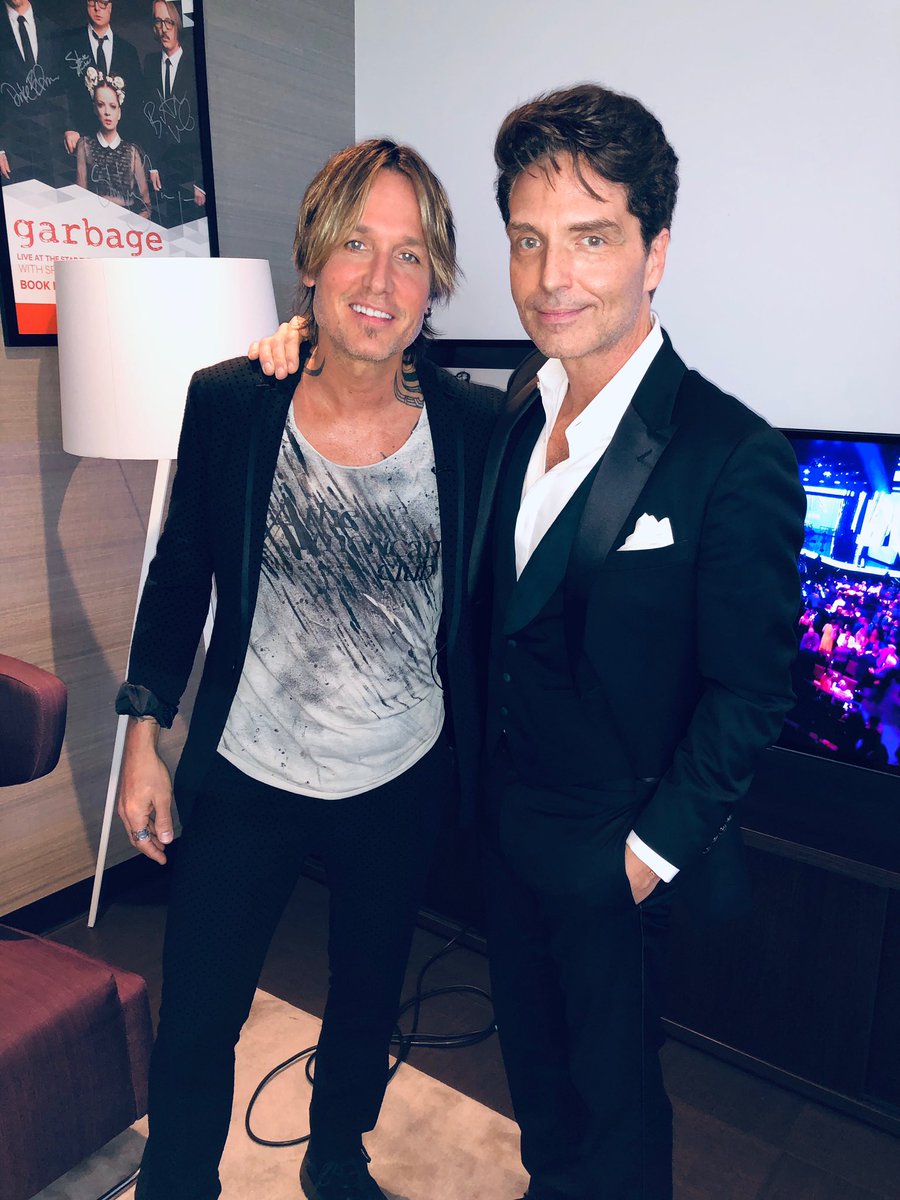 So far Richard Marx hasn't responded yet to my tweet nor do I really expect him to.

BTW, the only song I ever really liked by Richard Marx was his first hit called 'Don't Mean Nothin'. Is THAT considered irony? 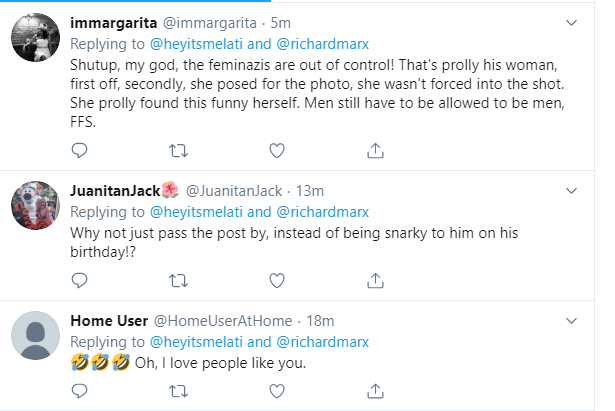 Oh, and Richard Marx just happens to have a new album out. Coincidence? 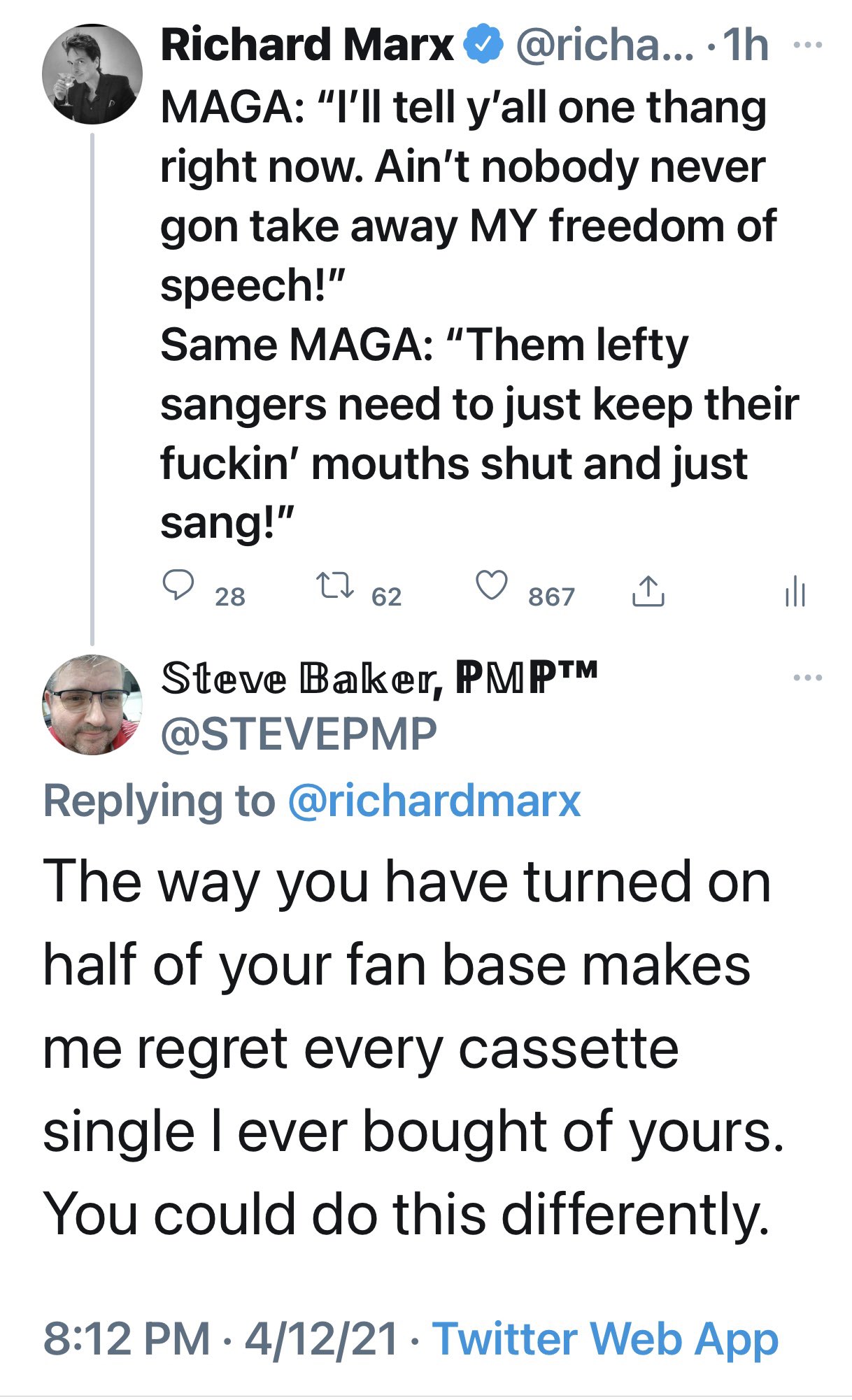 Anyway, the joke is on Richard Marx since I've never had a girl who used to fuck to Rick Springfield!

Tom Jones, maybe, but NEVER Rick Springfield! (I do have SOME standards, after all!)

Anyway, that's how my Wednesday is going so far. How's yours?