Rajdeep Sardesai’s Twitter fights, Patra attacks Rahul, BJP Uttarakhand’s Gen Rawat blooper The most politically correct and incorrect tweets of the day from across the political spectrum. Bismee Taskin, Kairvy Grewal and Taran Deol 27 December, 2019 4:06 pm IST. Senior journalist at India Today, Rajdeep Sardesai tried to pull off a similar stunt by sharing fake news about a ‘farmer’ dying in police firing. While being fully aware that his tweet can potentially aggravate the sensitive law and order situation in Delhi, Rajdeep tweeted, “One person, 45-year-old Navneet killed allegedly in police.

New Delhi: Hours after the Supreme Court’s website showed that it had taken cognisance of a petition seeking a criminal contempt case against journalist Rajdeep Sardesai, a official at the apex court has said that it was “inadvertent mistake”, reported Bar and Bench.

The Supreme Court website previously showed that it had registered a suo motu criminal contempt case against journalist Rajdeep Sardesai in connection with his tweets critiquing the judiciary in August 2020.

The case was reportedly registered based on a complaint filed by Aastha Khurana, who alleged that such attacks were “done purposely in order to defame and disrespect the image of the Court”.

Previously in September 2020, the Attorney General for India, K.K. Venugopal, had refused to grant consent to initiate criminal contempt on the same complaint and held that Sardesai’s remarks were not so serious as to “undermine the majesty of the Supreme Court”. “Trifling remarks and mere passing of criticism though perhaps distasteful are unlikely to tarnish the image of the institution,” the attorney general had said.

The petitioner then filed a fresh petition directly in the Supreme Court. Khurana, in her petition, highlighted multiple tweets by the journalist and alleged that not only did “Sardesai question the credibility of this Hon’ble Court judgment, but he has also passed various comments against the Ex-Judges and Ex-Chief Justice of India in past and have also tried to teach the Hon’ble Judges their duties and responsibilities.”

The petitioner referred to a tweet by Sardesai on August 31, after the Supreme Court sentenced lawyer Prashant Bhushan to a Re 1 fine in the contempt of court case, wherein the journalist had tweeted, “Rs 1 token fine imposed by SC on Prashant Bhushan in contempt case. If he doesn’t pay it, then 3 months jail sentence. Clearly, court looking to wriggle out of an embarrassment of its own making.”

Another tweet Khurana cited was from August 14, the day Bhushan had been convicted for contempt of court, when Sardesai had compared the swiftness with which the apex court had delivered a judgement in Prashant Bhushan’s case whilst habeas corpus petitions of those detained in Kashmir were still pending. “Prashant Bhushan held guilty of contempt by Supreme Court, sentence to be pronounced on August 20. This even as habeas corpus petitions of those detained in Kashmir for more than a year remain pending,” the journalist had tweeted. 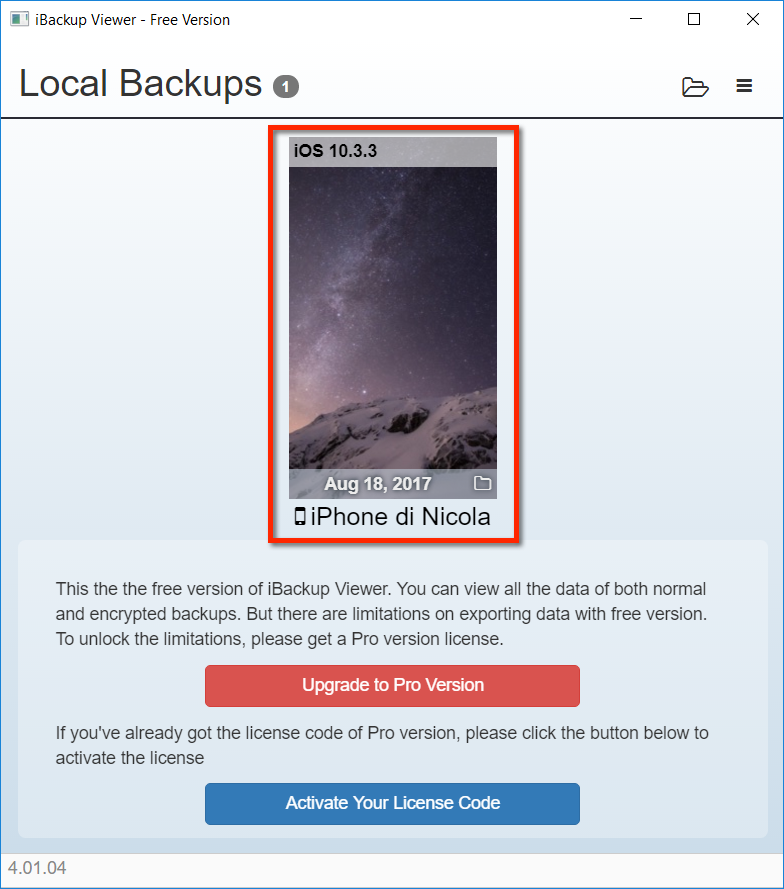 The petitioner also contended that Sardesai had cast aspersions on Justice Arun Mishra via a tweet, which was later deleted, but had received “huge media publicity” and “questioned the fairness” of the court.

Another tweet cited by the petitioner was from 2019, wherein Sardesai had remarked, “one of the judges tell me last week that the Ayodhya case is not political! Would the CJI go to Kashmir too before tackling Article 370 case? You are the CJI Mr.Gogoi, not the DGP!!Not yet at least” 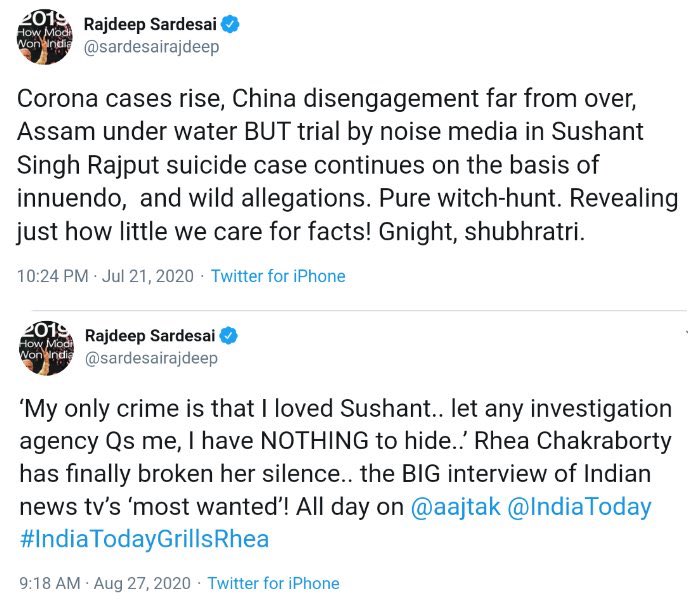 Khurana further submitted that since Sardesai was a well known figure, “his statement on the top judicial body of his country indicates a threat to the society, which will lead to no trust on the judiciary and the justice will never deliver to the people because they will look at this Hon’ble Court with a questionable eyes and all the respect of this prestigious institution will vanish.

I try every now and then, especially when I go out of the studio, to take and post the odd picture with a little storyline and a hashtag. I think that gives people a sense that this is more than just an opinion sitting in a studio. And, of course, on a big news day — an election day, or when the prime minister's giving a speech on corona — I’m live-Tweeting. We've been doing that during the budget, for example, at India Today. The aim is that whenever there's a big story, or whenever you're out in the field, try to use Twitter as a form of engagement. It depends on the subject matter but I now find myself much more comfortable occasionally Tweeting in Hindi, and reaching out to new audiences.

I found whenever I've written a book, I've used Twitter as one of the core mediums to talk to people. If somebody is taking the time to read your book, and then [Tweet] about it, I’ll always respond. I think for an author, for a playwright, for a filmmaker, for someone in the creative profession, who wants constant feedback — not necessary for it to be positive — but needs feedback, it's a great medium.