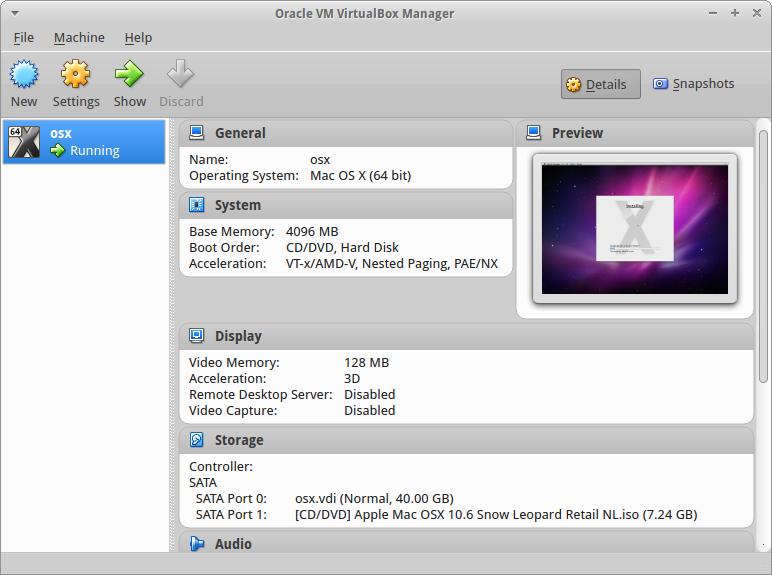 WHO IS A MUFTI / WHAT DO MUSLIMS MEAN BY MUFTI:

A mufti is one who has been entrusted with the authority of issuing religious verdicts to Islamic problems brought to his attention. Hence the name Mufti Ismail Ibn Musa Menk 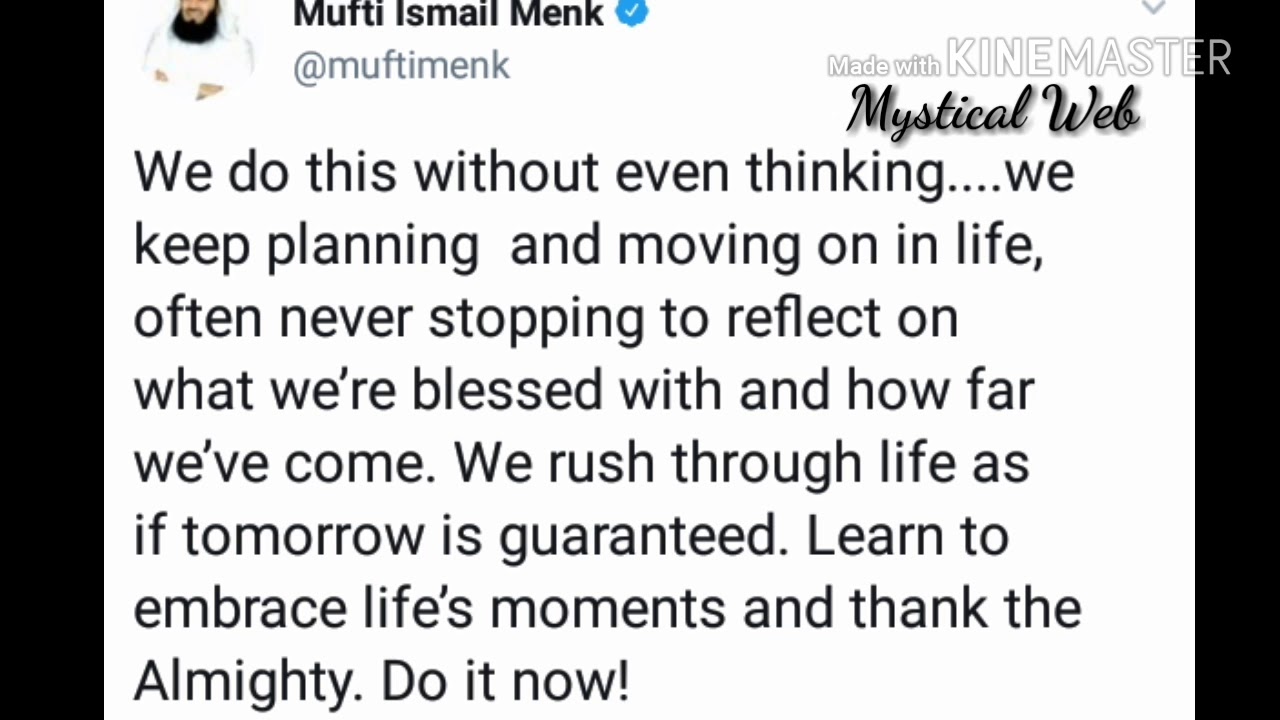 Well I don’t know about you guys but I for one have lost track of the number of times I asked myself or friends; Eeiii so when is this person coming to Ghana? That’s mostly after watching or listening to lectures of some Islamic Scholars in other countries…
Ma Sha Allah, the Muslim Ummah in Ghana are doing a very great job propagating the Deen. Even though there is more work to be done for the Community – I really commend them for their effort especially the Muslim organizations partly because for the past years Allah has been answering my prayers through them.

Some past answered prayers include Dr. Zakir Naik’s tour in Ghana and that of Bilal Philips. I’m sure we all heard or read the news about Mufti Menk Coming to Ghana… yeah, I’m happy too.
It took the hard work and dedication of 2 Islamic organizations – Islamic Ummah of Ghana and the Alqalam Institute. Thumbs up to them and may Allah continue to bless and guide them.

Who is Mufti Menk?

There is no doubt more than half of the Muslim population who understand English have once watched or heard a lecture from Mufti Menk, beyond that – Most have no idea who he really is. Mufti Menk is one of the most prominent and prolific Islamic scholars of today. I call him the 21st-century Muslim preacher. The reason I listen to him a lot is his ability to educate us on Islam in relation to modern situations or happenings we find ourselves in.

Dr Mufti has a very private life and intends to keep it as such. Much is not known about Mufti Menk’s wife(s) or family at large but I do know as at the time of updating (10th March 2019), this article, Ma Sha Allah, Mufti Menk mentioned he has Seven(7) daughters and Two(2) Boys making 9 children in Total for the Zimbabwean Grand Mufti. Also Checkout 2 of Mufti Menk’s nephews who are doing awesome work…

For those who are interested in knowing a bit more about him, here is a list of 8 things you probably never knew about Mufti Ismail ibn Musa Menk. yeah, that’s his full name.

He is the 8th out of 9 children…His father, Sheikh Maulana Musa Menk is a well-known scholar and da’ee (caller to Islam) and an Imam in a masjid in Zimbabwe.

On his own, Mufti Menk was able to memorise some verses of surah AT-TAWBAH (THE REPENTANCE) when he was about 3years old. This he picked from the recitation of some children who use to come to their house to learn the Qur’an…

This followed an encounter when Mufti Menk was about 3 years old, he was told by a family friend in the presence of his father and other scholars to recite the verses of the Qur’an. ( The man once heard Mufti reciting when he visited the house). One of them then said to Mufti Menk’s father : This little boy would be a Hafiz( One who has memorised the entire Qur’an ).

Mufti Ismail Menk commenced hifz at the tender age of nine(9) years and completed at the age of twelve(12). He studied Arabic, Urdu and the Hanafi Mazhab from a young age whilst studying Shariah under his father. He also attained a degree in Shariah from the University of Madinah and later specialised in Iftaa at Darul Uloom Kantharia in Gujarat, India.

At the age of about 14 to 18, Mufti Menk was hot-tempered and you dare not provoke him. This was known even by his siblings. He believes Allah saved him from such attitude by moving him to Madinah, he worked on it and today, Ma Sha Allah, he says by Allah’s grace it would be very very difficult to get him angry.

Mufti Menk has been actively engaged in teaching, lecturing internationally, running of Islamic educational institutes for the underprivileged as well as the orphans. He is the Head of the Fatwa Department of The Council of Islamic Scholars of Zimbabwe known as Majlisul Ulama Zimbabwe, which caters to the educational needs of the Muslim population of Zimbabwe. He is also one of the Muaththins and an Imaam at Masjid Al Falaah, one of the largest Masjid in Harare.

I really don’t think Mufti Menk has ever attended a social Media school but trust me his presence on social media is on point since he started social media in 2011 – regular updates, interactive, consistency.
-His Facebook Account as at the time of this post update has more than 3.6 million+fans,
– 5.6M+ followers on twitter,
– 876K+subscribers on youtube,
– 1.9M+followers on Instagram and

For a Muslim from Africa, I bet you this is huge. Can you imagine the blessings he gets from social media Alone… This is the real social media for Good.
Visit any of his social media platforms below :
Facebook:@MUFTIMENK
Twitter:@MUFTIMENK
Instagram: @MUFTIMENKOFFICIAL
Youtube: @MUFTIMENK

Oh yeah and he is social too, Watch this

Menk was born in Harare, where he undertook his initial Islamic studies with his father, Maulana Musa Menk [9], memorizing the Quran and learning Arabic, Urdu and Hanafi fiqh. He subsequently studied at the Islamic University of Madinah. He completed his Islamic studies and became a Mufti in the Hanafi fiqh at Dār Al-'Ulūm Kantharia, Gujurat, India[10].

Menk is known especially in eastern Africa and teaches internationally.[11]

Menk opposes terrorism and has pledged his aid in curbing religious extremism in the Maldives.[12] On 31 March 2018, he urged Liberian Muslims to avoid Muslim-Christian violence, arguing that Muslims and Christians are brothers and sisters from one father, the prophet Adam.[13] He blames western media for misleading the world that Muslims are generally terrorists.[14] According to Gulf News, Menk said that everyone on this earth is a part of a family and has one maker, therefore, no one has the right to force any belief or faith on another.[15]

The Huffington Post has described Menk as an 'openly homophobic Islamic preacher' who has denounced the act of homosexuality as 'filthy'.[16] In 2013, he was due to visit six British universities – Oxford, Leeds, Leicester, Liverpool, Cardiff and Glasgow – but the speaking tour was cancelled after student unions and university officials expressed concern about his views.[17] Menk's controversial statement included these words: 'How can you engage in acts of immorality with the same sex?.. The Qur'an clearly says it is wrong what you are doing.. Allah speaks about how filthy this is.. With all due respect to the animals, [homosexuals] are worse than animals.'[18]

On 31 October 2017, Singapore banned Menk from its borders because it believes he expresses views incompatible with its multicultural laws and policies. According to the Straits Times, he has asserted that 'it is blasphemous for Muslims to greet believers of other faiths during festivals such as Christmas or Deepavali'. Singapore's Ministry of Home Affairs said in a statement that its decision to reject Menk's application for a short-term work pass stemmed from his 'segregationist and divisive teachings'.[19][20] The Majlisul Ulama Zimbabwe, Menk's own institution, released a statement to express 'regret and dismay' regarding the ban. It said that Menk was an 'asset to multi‐cultural, multi‐religious Zimbabwe' and that viewers should 'listen to his sermons in full' and not 'edited clips of a few minutes' to see the moderate path he has chosen.[21]

In November 2018, the Danish government banned Menk from entering its borders.[22][23]