Despite what the gaming community might think of them, Minecraft and Fortnite have definitively made their respective marks on the gaming industry. Both games are iconic, but which one has had a bigger impact?

As of 2020, data shows that Minecraft has around 126 million players, but Fortnite has around 350 million – 224 million more, despite being eight years Minecraft’s junior. But even though the game has more players, which game is more popular?

The digital PR experts at Reboot used a combination of search engine tools to analyse Google search data from around the world, to investigate how many times “Fortnite” is searched versus “Minecraft”. From this, we identified which game is most popular in each country, in order to quash the fierce rivalry between gamers once and for all.

Fortnite is an absolute sensation among online game players worldwide. The game started out as a co-op game in which the goal is to survive a wave of monsters. Once PlayerUnknown's Battlegrounds (PUBG) began popular, Fortnite copied the Battle Royale style gameplay and applied it to create a battle royale game with a unique environment and a massively addicting game-play. The Action Building game where you team up with other players to build massive forts and battle against hordes of monsters, all while crafting and looting in giant worlds where no two games are ever the same. Fortnite takes the crown in Africa, with a whopping 35 countries favouring the game, out of 49 countries studied on the continent! In total, 869,580 searches are made each month for both games, on average. 503,720 of those searches are for Fortnite, and 365,860 searches are for Minecraft.

Fortnite vs Minecraft popularity graph – which is more popular globally?

Our analysis of Google search data in 168 countries can reveal each nation’s preferred game. While it may be a close call, the popularity of Fortnite has taken over that of Minecraft.

In fact, we can reveal that Fortnite takes the top spot and can be crowned the most popular game of the two in 52% of countries worldwide! In our analysis of Google search data in 168 countries around the world, Fortnite comes out on top in 87 countries, compared to 58 for Minecraft – 23 countries were split straight down the middle with the same number of searches for each game.

Which countries have the most Fortnite fans?

Norway can be crowned the biggest Fortnite fans in the world. Norwegians have the highest number of monthly searches for Fortnite per 1,000 people, at an average of 20.43 searches per month.

This is followed by their Nordic neighbours, Denmark, where 18.84 per 1,000 people search for the online game every single month, on average. In third place is France, with 18.17 monthly searches per 1,000 population.

The popularity of Fortnite in the English-speaking world is distinct. The UK, Ireland, Australia, and New Zealand appear in the top 15 for the highest number of Fortnite monthly searches per 1,000 people.

Which countries have the most Minecraft fans?

Although, on average, Fortnite is the most popularly searched game around the world, there are still a few countries where gamers favour Minecraft.

The Maldives have some of the biggest Minecraft fans in the world, as residents in this country have the highest number of searches per 1,000 people than any other country around the globe with an average of 17.23 searches per month.

In third place is Estonia, where gamers make 16.70 monthly searches per 1,000 people for the video game, compared to 13.62 for Fortnite. Finland, Lithuania, Poland, Brunei, and Latvia are also #TeamMinecraft as these countries feature in the top countries for Minecraft searchers, and they all also search for Minecraft more than Fortnite.

Compared to Fortnite, there is a distinct lack of English-speaking countries among the top 20. This game is clearly favoured by Europeans the most, especially those in Estonia, Finland, Denmark, Lithuania, and Poland.

WHICH GAME IS MOST POPULAR PER CONTINENT?

As the map depicts, there is a clear East/West divide - with the east favouring Minecraft and the west preferring Fortnite. As a result, we delved deeper into searches made per continent:

Fortnite takes the crown in Africa, with a whopping 35 countries favouring the game, out of 49 countries studied on the continent! In total, 869,580 searches are made each month for both games, on average. 503,720 of those searches are for Fortnite, and 365,860 searches are for Minecraft – 137,860 less.

North and South America are seemingly split on which game they prefer the most.

In North America, Fortnite takes the lead with 11 countries, out of the 15 studied, favouring Fortnite over Minecraft. An impressive 5,811,500 searches are made for Fortnite each month, compared to 4,083,320 for Minecraft.

Despite Fortnite being the most commonly searched game in 52% of countries worldwide, Minecraft still has momentum in the far east, where it is the most searched for game in many Asian countries.

WHICH GAME IS MOST IN-DEMAND WORLDWIDE – MINECRAFT OR FORTNITE?

With China having such a large population and gaming community, it comes as no surprise that they have the largest division between searches, with 99.68% of searches dedicated to Minecraft over Fortnite! The top 20 countries can be found below:

Which game comes up trumps in the UK?

Despite the rivalry between Minecraft and Fortnite gamers all over the world, on home soil, it seems the difference isn’t quite as stark.

In the United Kingdom, Brits Google ‘Fortnite’ a staggering one million times per month, on average, thus ranking the UK in the top five countries in the world. When bearing in mind population size, this means that 14.97 searches are made per 1,000 people.

Minecraft, however, has 327,000 fewer searches per month, accumulating a total of 673,000 searches. Despite this, the UK still has the ninth highest number of searches in the world. Again, when taking the UK’s population size into consideration, this means that around 10 searches are made every month per 1,000 people.

So, there’s one clear winner that takes the reigns in the UK, and that’s Fortnite. In fact, when comparing the two games together, Fortnite makes up 60% of searches, compared to 40% for Minecraft.

Which game comes up trumps in the USA?

As one of the largest gaming countries in the world – 244 million people in the US are playing video games in 2020 – we wondered how the rivalry holds up across the pond. Interestingly, the results were similar to those found here in the UK.

For both Minecraft and Fortnite, America has the highest number of searches, with Americans making a whopping 2,740,000 and 4,090,000, respectively. However, despite these high numbers, when compared to the country’s population size, this figure equates to around 8 searches per 1,000 people for Minecraft and 12 searches per 1,000 people for Fortnite.

When adding the number of searches for both games, approximately 60% of searches are made for Fortnite, whereas Minecraft takes up 40%.

PLEASE NOTE:
All data was collected via SEMrush, Ahrefs and Google ‘Keywords Planner' tool on November 26th and 27th, 2020. All data was correct as of this time.
All data, a high resolution image of the graphic, and OG file can be found here. 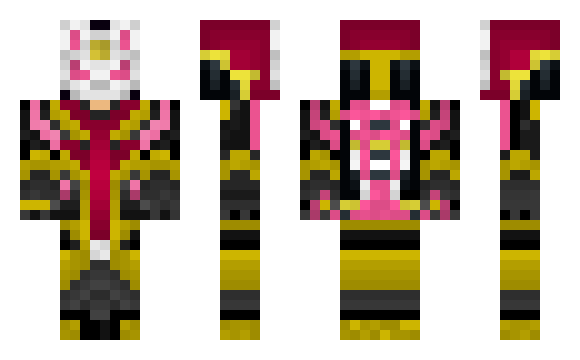