Far Lands or Bust (abbreviated FLoB) is an online video series created by Kurt J. Mac in which he plays the video game Minecraft. The series depicts his journey to the 'Far Lands', a distant area of a Minecraft world in which the terrain generation does not function correctly, creating a warped landscape.[1][2] Kurt has been travelling since March 2011 and as of September 2018 is expected to take another 20 years to reach his destination; the show also holds the Guinness World Record for the longest journey in Minecraft.[3][4] The episodes typically act as a sort of podcast, with the game providing a backing track while Kurt discusses recent events in his life, news and science. The show also encourages viewers to donate to charity to reach fundraising goals.[4] This charity was originally Child's Play, for which the show raised over $400,000.[5][6] From 2018 to 2019 the charity was Direct Relief.[7] Beginning in 2020 the charity is the Progressive Animal Welfare Society (PAWS), from which Kurt adopted his own dog, Juno, in 2017.[8] On August 30, 2020, Kurt announced he would no longer be using PAWS as his charity, mostly due to complications with their donation system, instead switching the charity to the Equal Justice Initiative.[9]Proform contractor paint brush.

Minecraft is a sandbox video game which places players in a 3Dprocedurally generated world. As a player walks in any direction, the game generates terrain ahead of them, creating (in theory) a virtually infinite world for the player to explore.[2] However, due to computational limits in earlier versions of the game, at a distance of roughly 12,575 kilometres (7,814 mi) from the center of the world the terrain generation algorithm behaves unexpectedly, creating a sudden warped landscape.[10]Markus Persson, the original developer of Minecraft, commented that 'Walking that far will take a very long time. Besides, the bugs add mystery and charisma to the Far Lands.'[1] The name 'Far Lands' was adopted by the community to refer to this area. Persson also said it would be 'impossible to reach the Far Lands' and Kurt took that as a challenge.[11]

Due to changes to the game's code, recent versions of the game do not contain the same error, and terrain continues to generate normally at distances up to 30,000 kilometres (19,000 mi) from the center of the world.[2] Kurt has continued to record his series in version Beta 1.7.3, the latest version of the game in which the Far Lands are still present.

It is estimated to take approximately 800 hours if the player only encounters flat areas, such as a flat world.

In the game, a debug screen can be opened by pressing F3, which displays the player's current coordinates in the world, plus the biome. In Kurt's journey to the Far Lands, he only presses F3 once the season's charity donations goal has been met to wrap up the season. Additionally, he builds a monument to commemorate the occasion.

One exception to this was when he crossed a point where the floating-point error grew from two texture pixels to four. On August 8, 2020, due to witnessing an increase in the floating-point error jitter, Kurt pressed F3 during a live stream (listed as episode 793.5) to confirm he'd hit the milestone of 4,194,304 blocks. In the next episode, 794, on August 11, 2020, he built a monument to mark the point.[12] 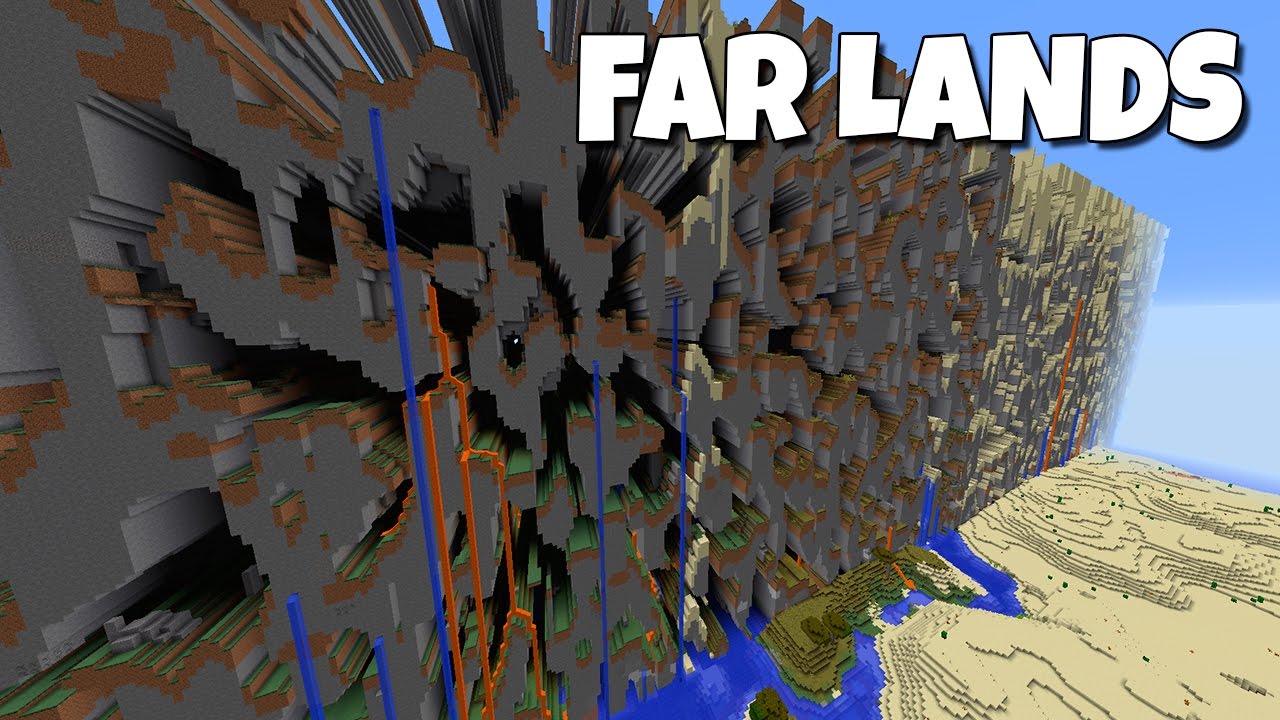