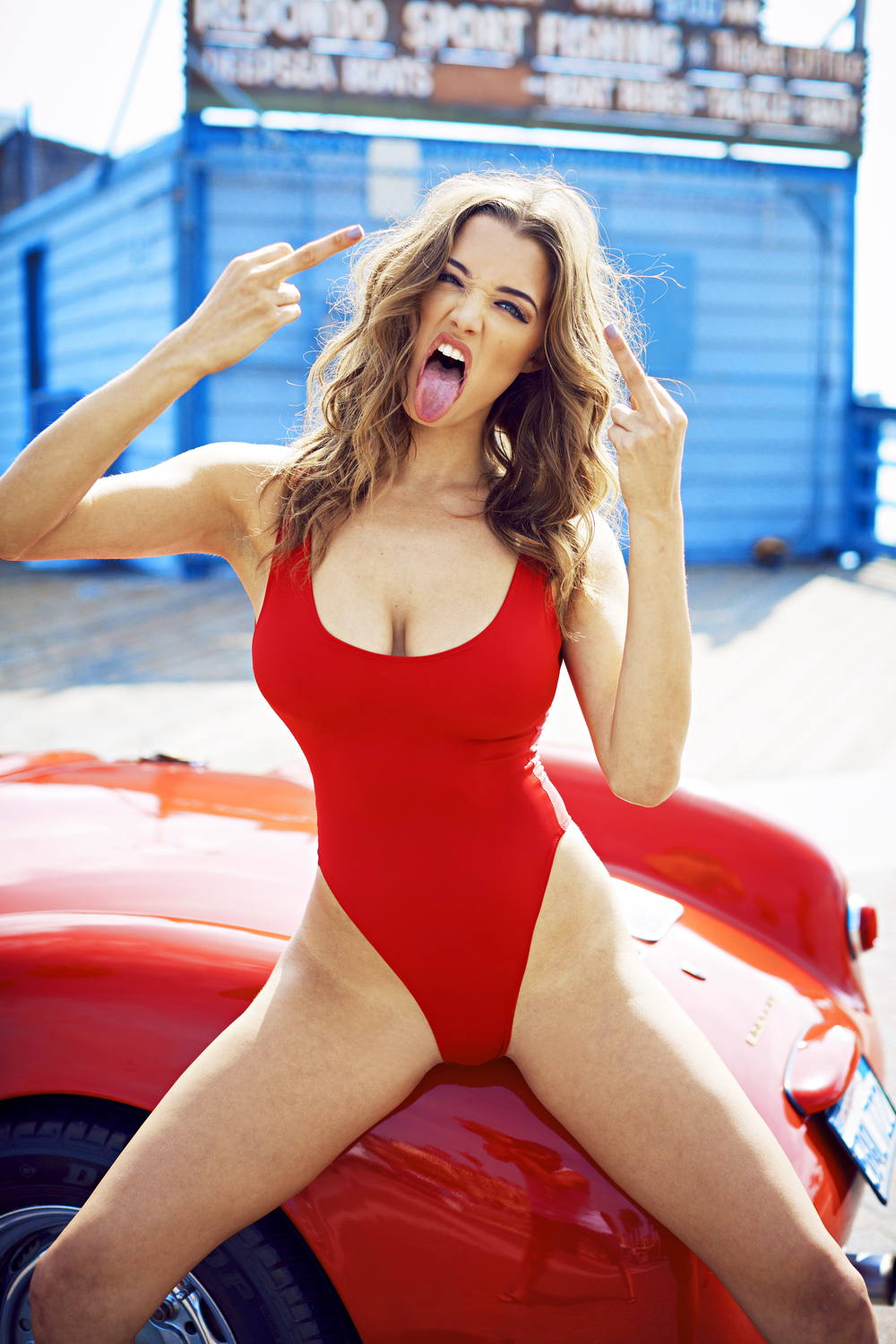 Milo Moiré’s performance series “Ceci n’est pas une femme nue” (This is not a naked woman) is a rudimentary and, to a certain extent, pioneering documentation of augmented reality (AR). The world we live in is full of computer-based reproductions. We often prefer to view the digital image rather than wishing to grasp the direct original with all our senses. This has led to an altered grammar of perception. We have augmented our reality through new technologies like smartphones. The era of a visible new reality has begun.

For her performances Moiré puts on a virtual reality (VR) headset and visits various major art exhibitions, for example, Documenta 14 in Kassel. She does so naked. On her backside and pubic area, binary codes represent the word “digitized” through a sequence of the digits 0 and 1. The sentence “Ceci n’est pas une femme nue” can be read between Moiré’s shoulders and on her chest. With her VR headset, the artist looks at an iPhone placed directly in front of her eyes. It provides an indirect, virtual view of the artworks supplemented with additional information, such as her coordinates. At the same time, Facebook viewers can follow and comment on the digital video images from Moiré’s VR headset in real time. A second camera simultaneously films the artist from an external perspective.

The Surrealist painter René Magritte made it clear that “an image is not to be confused with something you can touch”. In 1928 he painted a picture of a pipe and wrote “Ceci n’est pas une pipe” (This is not a pipe) on to the painting. “Can you fill my pipe? Of course not! It is only a representation. If I had written ‘This is a pipe’ on my picture, I would have been lying”, explained Magritte.

Almost exactly 90 years later, we find ourselves in the midst of a profound revolution. Our perspective on the world has completely changed. Today, instead of merging dream and reality like the Surrealists, we expand our real world through virtual aspects. Magritte’s pipe is more relevant than ever. Moiré provides a contemporarily relevant illustration of this through her performance “Ceci n’est pas une femme nue”.

We catch sight of a naked woman through digital media, but we can’t stroke her skin. “Ceci n’est pas une femme nue” raises the question: “How is the public space changing, as the digital space now replaces or, alternatively, reshapes the public space? As the digital nude superimposes itself over the optical nude? Is the reproduction and distribution in digital space triggering a disintegration in real space?”

People are connected in real time in front of their screens and take in additional information which goes beyond their eyes. Wp shopified. The real body is shifting into the digital space. Will this result in our isolating ourselves within augmented reality? Paradoxically feeling trapped in our bodies through this expansion? Or will we finally dissolve the body beyond recognition within the digital space? “Ceci n’est pas une femme nue.” Really?!