The latest tweets from @MattHancock.

Some have seen the hypocrisy in Hancock's culture-praising article, while others don't believe he's a grime fan at all 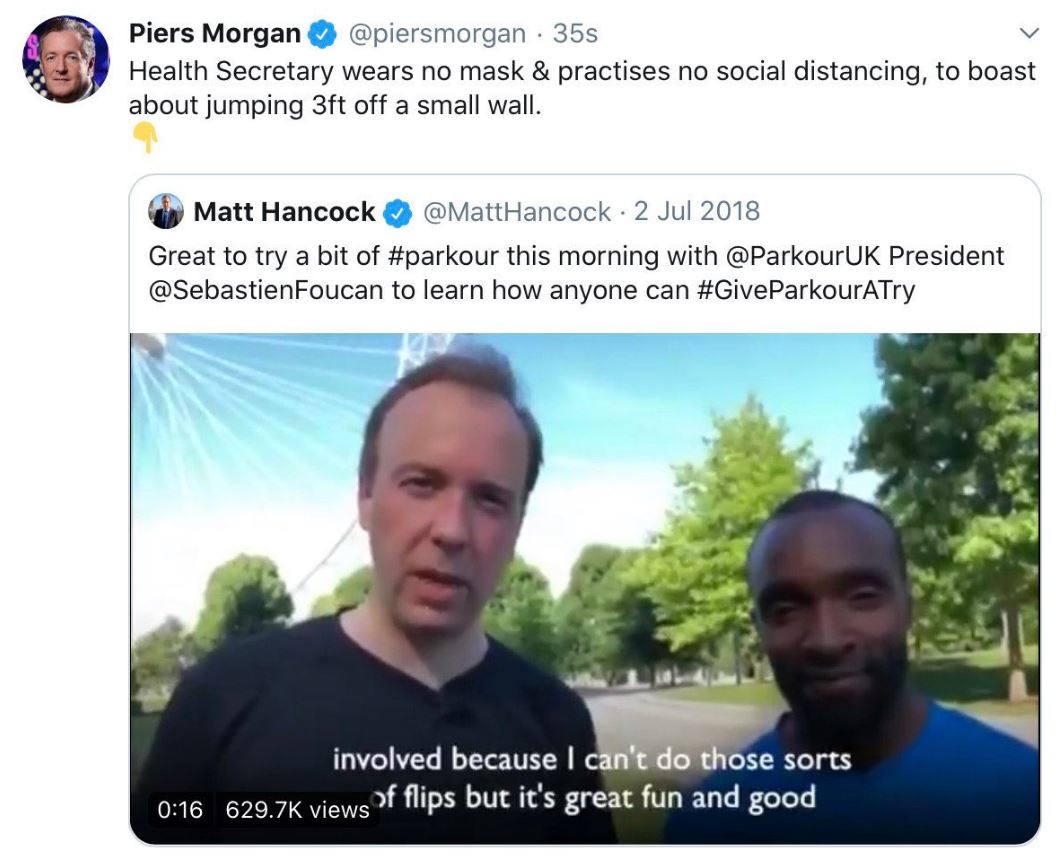 A 2017 column from Health Secretary Matt Hancock has been doing the rounds on Twitter after he claimed to be a fan of grime.

Writing for The Times, Hancock stated: “As a grime fan, I know the power of the UK’s urban music scene. I have the great honour of championing British music around the world. As we look out across the globe as a nation, our music is one of our strongest calling cards.”

The politician drew attention to the UK being the second largest music exporter behind the US, stating: “From classical to pop, punk to grime, the UK’s music is loved all over the world. It hardly needs saying that this dominance is down to the ingenuity and creativity of British artists. So it is hugely important that music reflects the diversity of modern Britain.”

He continued: “For example, as a fan of grime music, I know our amazing urban music makes a massive contribution to our creative industries. The sounds of Skepta and Lady Leshurr are making waves across the world.”

Fast forward to 2020 and the government’s handling of the creative industries throughout the pandemic has left many people to see the hypocrisy in Hancock’s culture-praising article. Others don’t believe he’s a grime fan at all.

Dan Hancox, author of Inner City Pressure: The Story of Grime, took to Twitter to highlight an insert from his book which read: “Tory Culture Minister Matt Hancock met Skepta at the Mercury after-party, and told the Daily Mirror that he and his team listened to grime in the back of the ministerial car – though asked to name his favourite track, he couldn’t think of a single one, and turned to his aide for help.”

Fans joked on social media saying: “Get Matt Hancock on Newsnight so Paxman can grill him on his top 5 grime instrumentals, bet he doesn’t even know who Danny Weed is”.

In a reference to Alan Partridge, another user posted: “What’s your favourite grime album, Matt Hancock? “Hmmm, I’d have to say ‘The Best of Grime’”.

Get Matt Hancock on Newsnight so paxman can grill him on his top 5 grime instrumentals, bet he doesn’t even know who Danny Weed is

What’s your favourite grime album, Matt Hancock? “Hmmm, I’d have to say ‘The Best of Grime’” 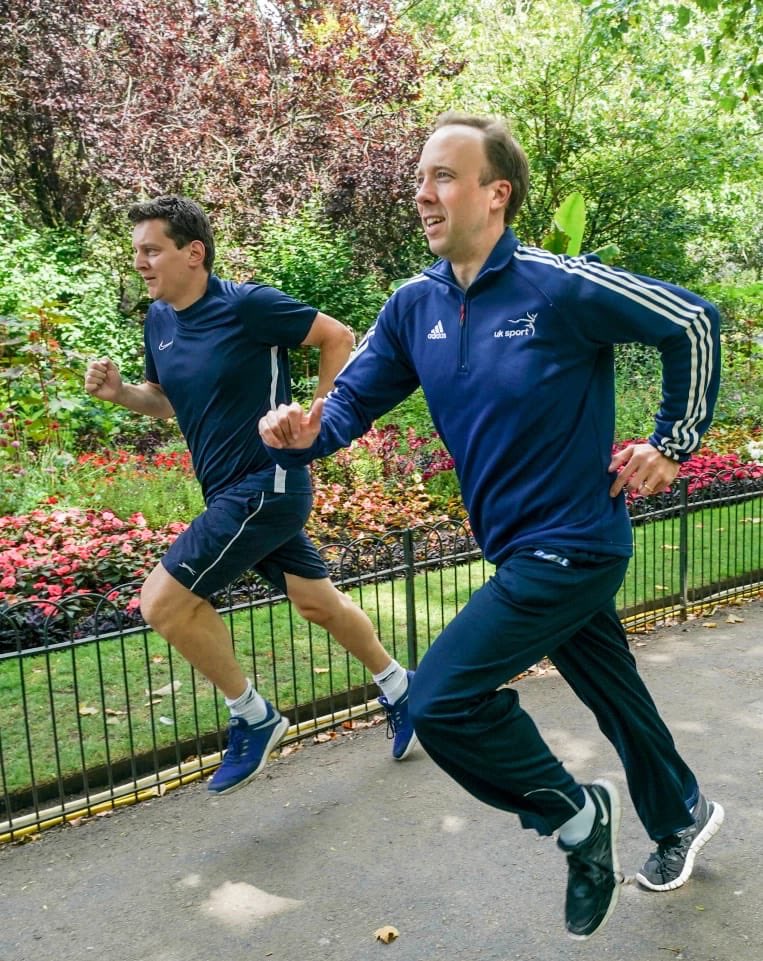 I've no idea why Matt Hancock's 2017 article about grime is suddenly going viral, but there's more in my book, ofc – most notably, the time he claimed to be a huge Skepta fan but then couldn't remember the names of any of his songs https://t.co/kxmDujCJmJ

Despite the comical image of a conservative politician listening to grime, Hancock did in fact fight to scrap the MET’s events risk-assessment form 696, which unfairly targeted grime artists and shows.

However, the backlash seems to be based on the government’s lack of support for the events and music sector, leading to a third of musicians feeling like they might have to quit due to a lack of stability.

The UK’s Minister for Care, Helen Whately, recently confirmed on Sky News that the government would no longer focus on providing aid for the nightlife industry, stating: “[It] doesn’t make sense to continue supporting jobs where there simply isn’t work at the moment … we’ve got to support people where they can be working”. Interviewer Kay Burley responded: “So you’re not going to support the nightlife industry? It’s done? Finished?” 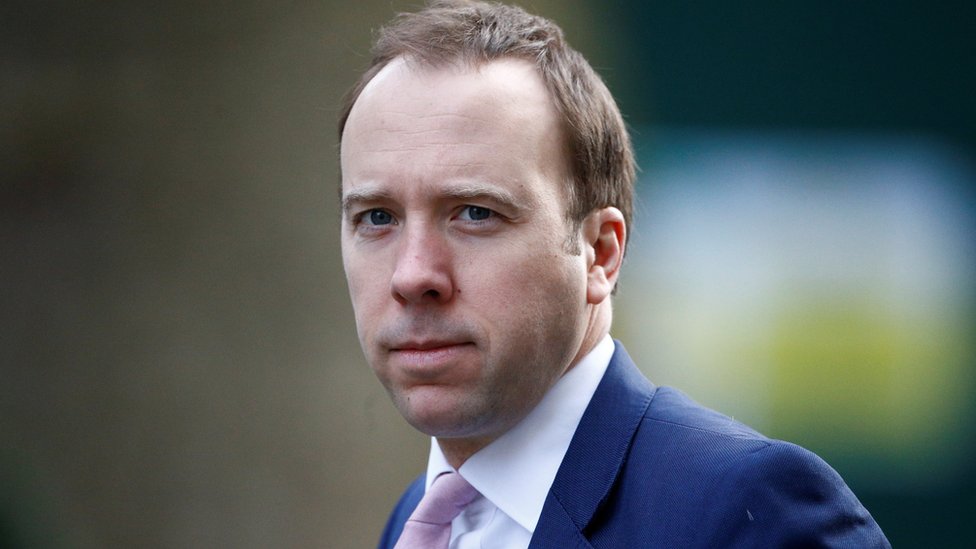 Health Minister @Helen_Whately: “It doesn’t make sense to continue supporting jobs where there simply isn’t work at the moment.”

“So you’re not going to support the nightlife industry? It’s done?” RC#KayBurleypic.twitter.com/CIjNZTNahp

Health Secretary Matt Hancock is being accused of 'cronyism at the heart of government' by Labour after it was revealed he has been given shares in a family firm that has done business with the NHS.

Mr Hancock has declared in the Commons register of MPs' interests that he now owns shares in Topwood Ltd, a waste disposal company owned by his sister and other family members.

It was reported this week that the company had been awarded two contracts worth £300,000 by NHS Wales, for which Mr Hancock has no responsibility, as health is devolved to the Welsh government.

But the Health Service Journal has now reported that Topwood was also awarded a 'framework deal' to provide services to the NHS in England in 2019, as well as its contracts in Wales.

The HSJ also claims Mr Hancock has omitted to declare his connection to the company in the relevant register of interests, an accusation rejected by the Department of Health and Social Care (DHSC).

Shocking but sadly I suspect no one is surprised any more at the cronyism at the heart of this government. https://t.co/NsBMpURpys

In the register of MPs' interests, Mr Hancock says he received a 'gift' of 15% of the issued share capital of Topwood Ltd, his sister's company, under a 'delegated management arrangement'.

Responding to the HSJ report, shadow health secretary Jonathan Ashworth tweeted: 'Shocking, but sadly I suspect no one is surprised any more at the cronyism at the heart of this government.'

But insisting the health secretary has done nothing wrong, a government spokesperson told Sky News: 'Mr Hancock has acted entirely properly in these circumstances.

'All declarations of interest have been made in accordance with the ministerial code. Ministers have no involvement in the awarding of these contracts, and no conflict of interest arises.'

Whitehall sources have also told Sky News that the health secretary has no active participation in the running of the company and neither he nor his department had any involvement in the awarding of the contracts.

It is understood Mr Hancock discussed with the DHSC's top civil servant, permanent secretary Sir Christopher Wormald, that he would be gifted these shares before accepting them.

Whitehall sources also claim Sir Christopher was confident that were any conflicts of interests to arise, they could be appropriately handled in line with the ministerial code. 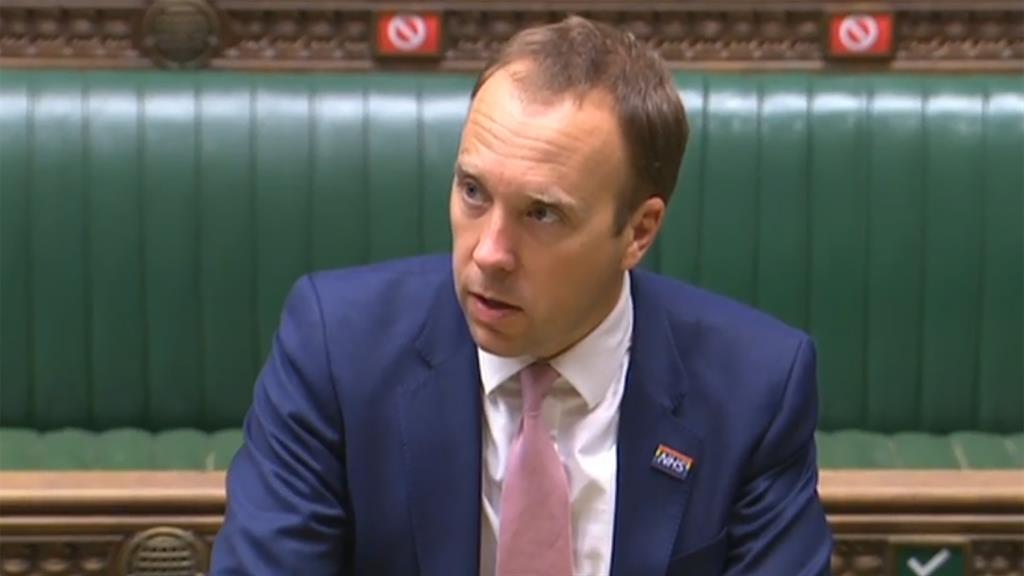 And one source told Sky News: 'These shareholdings are only known about because Mr Hancock has followed the transparency rules in the full and correct way.'

The allegations come after Sir Keir Starmer told Boris Johnson at Prime Minister's Questions it was time to 'clean up the sleaze and cronyism that's at the heart of this Conservative government'.

The Labour leader told MPs: 'The Greensill scandal is just the tip of the iceberg - dodgy contracts, privileged access, jobs for their mates. This is the return of Tory sleaze.'

Shadow health minister Justin Madders added: 'It is now clear this Conservative government has been infected with widespread cronyism and is unable to identify where the line is drawn between personal and departmental interests.

'It's one rule for them, another for everybody else.

'There are serious questions to answer from Matt Hancock and there needs to be a full inquiry and immediate publication of all documents relating to Topwood's acceptance onto the framework contract in 2019.'

Mr Hancock has previously faced criticism over a former neighbour and landlord of his local pub being awarded coronavirus PPE contracts worth £30m.

He has also claimed it was just a coincidence that COVID contracts worth about £2bn were handed by his department to firms linked with Conservative Party members or donors.