Yesterday Bleeding Cool ran the news that Marvel's Guardians Of The Galaxy comic written by Al Ewing were about to gain two new members, Wiccan and Hulking, Bill and Ted, the couple who recently wed in Al Ewing's Empyre series. Which saw lots of folks reply excitedly to the news to Marvel's Twitter feed with the exclamation 'Gays In Space!' or a variant of that. As one might.

Except Twitter users discovered that any such exclamation or similar was diverted to Marvel's 'hidden replies'. Which meant that general users couldn't see those replies when viewing the original tweet unless the went out of their way. A handy social media tool for an age-sensitive online brand and actually something I didn't realise you could do and now. But these replies seemed to be a little singular in those being shunted aside, with only one thing in common.

People got in touch with Bleeding Cool, I got in touch with some senior folk at Marvel, confirmed it was a mistake, and their social media team started hitting the Marvel Twitter account with hammers to stop it happening automatically. They then tweeted out a reply, from the official account (a rare thing), the reply 'These were hidden incorrectly by our comments moderation service. It was not intended and we're making sure to fix this; we've unhidden your responses. Thanks for bringing it to our attention!'

Looks like it might have been an overactive algorithm, but it is all fixed now. And it's always more satisfying to report a solution than a problem. 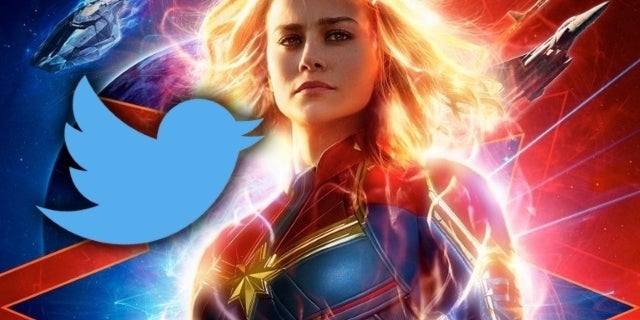 Here's the Guardians Of The Galaxy solicitation for April in question, a series that has already introduced Marvel Boy and Hercules as a couple, of late, and is now bringing in Bill and Ted.

GUARDIANS OF THE GALAXY #13
AL EWING (W) • JUAN FRIGERI (A) • COVER BY Brett Booth
Variant Cover by JUNGGEUN YOON
Variant Cover by RON LIM
Variant cover by Peach Momoko
DEADPOOL 30TH VARIANT COVER BY ROB LIEFELD
REBORN VARIANT COVER BY TBA
A NEW AGE OF SPACE STARTS HERE!
They were soldiers, misfits, mercenaries, thieves and a family. They were heroes… but times have changed. The galaxy no longer needs heroes.
It needs super heroes! Now, when the call goes forth – whether it's from a stranded team of planetary explorers or Emperor Hulkling and his Kree/Skrull Alliance – the Guardians of the Galaxy answer!
The New Age of Space brings a new artist! New headquarters! New costumes! New teammates! And an all-new enemy you'll have to see to believe! Get on board, true believer – it's going to be the ride of your life!
40 PGS./Rated T …$4.99