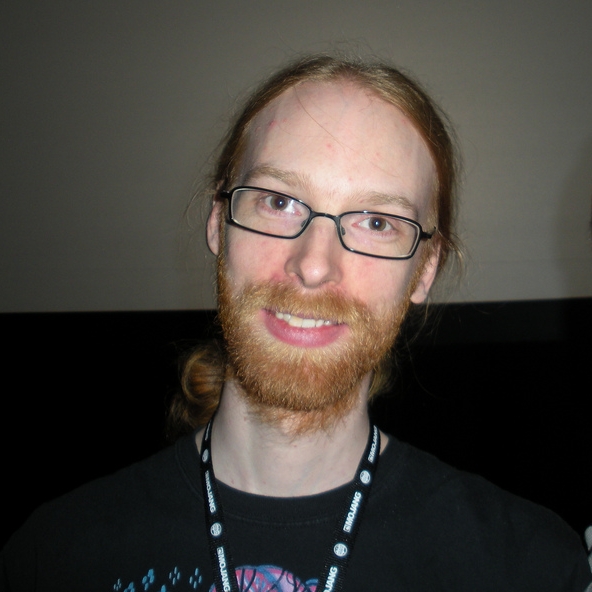 Jens Peder Bergensten[1] (born 18 May 1979),[2][3] also known as Jeb, is a Swedish video game programmer. He is best known as the lead designer of Minecraft.[4][5][6] In 2013, he, along with Minecraft creator Markus Persson, was named as one of Time's 100 most influential people in the world.[7] As an employee of Mojang Studios, he had been co-developing Minecraft with Persson since 2010, became the lead designer in 2011, and assumed full control in 2014, when Persson left the company after its acquisition.[8]

Bergensten started programming his first games at 11 years old, using BASIC and Turbo Pascal.[9] By age 21, he was a mapper and modder for the first-person shooter game Quake III Arena.[10] He worked as a C++ and Java programmer for the game developer Korkeken Interactive Studio, which went bankrupt and became Oblivion Entertainment.[11] During that time, he led the development for the online role-playing gameWhispers in Akarra, which he later discontinued after straying from the team's original creative vision for the project.[12]

After the insolvency of Oblivion, Bergensten moved to Malmö and earned a master's degree in computer science at Lund University in 2008.[9][13] During his studies, he founded the indie game development company Oxeye Game Studio with Daniel Brynolf and Pontus Hammarber.[citation needed] The studio became known for the platform gameCobalt and the real-time strategy game Harvest: Massive Encounter.[citation needed] Until 24 November 2010, Bergensten worked for the online knowledge community, Planeto.[14][15]

In November 2010, Bergensten was hired as Mojang's back-end developer for Scrolls (now known as Caller's Bane). He later began programming increasingly significant parts of Minecraft until he became its lead designer in December 2011, taking over from Markus Persson.[5] Bergensten was part of the team that developed Catacomb Snatch as part of Humble Bundle Mojam, a game jam.[citation needed]