Since 2015, Alberta’s economy has been struggling. The drop in global oil prices hit the province hard due to its dependence on the fossil fuel sector. During the 2019 provincial elections, the United Conservative Party (UCP) sold itself as the solution. Jason Kenney would be Alberta’s saviour; he would bring the province back to its glory days as a booming contributor to the Canadian economy.

Premier Jason Kenney responds, from Calgary on Jan 20, 2021, to the cancellation of the Keystone XL pipeline’s permit by US President Joe Biden.

Central to Kenney’s plans to resuscitate Alberta’s economy was a large tax cut for corporations. Over four years, the UCP plan would take the corporate tax rate from 12% to 8%. The first step was taken in July 2019. The rate was decreased by one percent down to 11%, where it currently stands

These changes have costs. The Alberta government is set to lose billions of dollars in revenues. Jason Kenney contends that these tax cuts will eventually ‘pay for themselves’ by increasing economic activity. So, how effective has this strategy been?

Companies making profits, but not hiring

As expected, the tax cuts have produced sizeable savings for corporations. Especially Alberta’s oil and gas giants. Major producers like Suncor, Cenovus and Husky boosted their profits, with an estimated $2 billion in net incomes due to Kenney’s tax cuts.

However, the tax cuts and resulting profits have not translated into jobs for Albertans. Corporations are taking the handouts from Kenney and choosing to spend their capital elsewhere.

The Alberta government had projected that the corporate tax cuts would produce $12.7 billion in economic activity, bringing in a net increase of $1.2 billion in revenues. However, Kenney has since readjusted his estimates, now forecasting a net revenue loss of $1 billion annually.

Worst yet, some of the biggest beneficiaries of Kenney’s tax handouts are winding down their presence in Alberta. Husky Energy, which received a $233 million from the tax breaks, went on to lay off hundreds of workers soon after. Encana, a Canadian fossil fuel giant, took a $55 million cut from Kenney only to relocate to the United States.

Far from invigorating Alberta’s economy, the UCP tax cuts are, at best, doing nothing to stop the decline of the province’s resource sector. Prior to the tax cuts, Alberta had 150,00 people employed in the resource sector. That number as of October 2019, is around 140,000. Moreover, an independent analysis by the Alberta Federation of Labour has estimated that the UCP plan’s net impact will be a 2.5 percent reduction in the province’s GDP.

The Failure of Trickle-Down Economics

Jason Kenney has chosen to wager the future of Albertan families on an economic strategy that has failed again and again. The notion that tax cuts can spur economic growth and employment, known as supply-side economics or trickle-down economics, is an abysmal failure.

Just next door, in British Columbia, this same experiment was played out years earlier. Between 2001 and 2011, the BC Liberals cut the corporate-income tax rate by more than a third. The result? The tax cuts did little to spur increased economic activity. Corporate profits soared, while government revenues shrank and the provincial debt doubled.

A much more alarming case comes from Kansas’ experience. Massive tax cuts were supposed to add 100,000 jobs and eventually balance out revenues. They did neither. The state government now has a huge shortfall in revenues and is scrapping social programs to stay afloat.

Growing inequality, environmental degradation, and a range of modern problems have spurred economists on how to address our contemporary woes. Their prescriptions are dramatically distant from what trickle-down economics advocates.

This year’s Nobel prize winner in economics, Abhijit Banerjee, suggests that higher taxes on the super-rich and corporations will do much more to boost growth. By taking from the rich, who hoard money, and giving to the poor, who spend money, we can drive consumption and grow the economy. 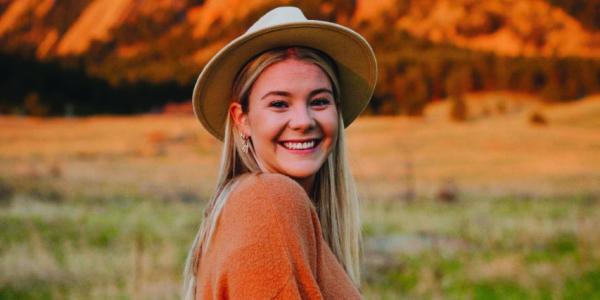 Economists are increasingly accepting of a more central role for the state in fuelling innovation and growth. Mariana Mazzucato once called the “world’s scariest economist,” advocates for just that. Through mission-oriented policies, she believes governments can take up large economic projects. Captain tsubasa rise of new champions. These projects will not only address our most persistent problems but also be designed to create huge amounts of economic activity.

A Green New Deal is precisely the kind of extensive economic project that can inject newfound life into Alberta’s economy. Instead of handing tax revenues to corporations that send it overseas, the province could be undertaking a transformation of the economy. In doing so, the government could produce hundreds of thousands of new jobs, address economic inequality, and tackle the climate crisis.

Who Is Jason Kinney

Bill 1 makes it illegal to protest on essential infrastructure, including highways, railways, oil sites and any roads. The most concerning part? Kenney’s cabinet has the power to decide what is defined as critical infrastructure. Add your name to oppose it.