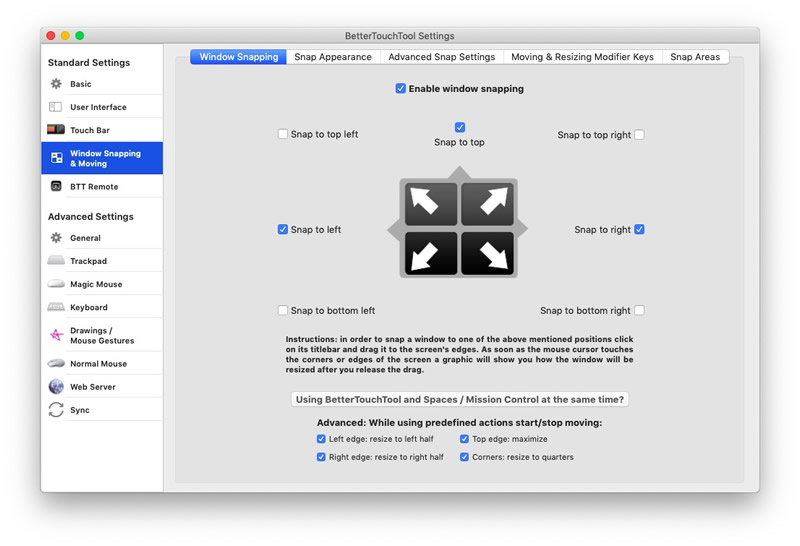 The release notes are also always available via http://updates.folivora.ai/bettertouchtool_release_notes.html

The most unique feature of BetterTouchTool is the range of input devices it lets you control. You can use your trackpad, Magic Mouse, regular mouse, keyboard, Touch Bar, iPhone or iPad (with BTT Remote), as well as Siri and Apple Remote to precisely trigger the actions you seek. Customize the Touch Bar.

First, a disclaimer. I work for Microsoft on the Web Platform team. That said, I don't know anyone in hardware. My opinions are my own. I don't have any vested interest in this mouse and I paid for it myself. In fact, I pre-ordered it in February.

I'm a hardware fanboy. I've tried dozens of keyboards and mice, and many webcams. Getting a new mouse or a new keyboard is a great inexpensive way to fundamentally change your computing experience. It's like a new pair of pants. Sometimes it just makes you happy to refresh the stuff you use every day.

I REALLY want to like the Microsoft Touch Mouse. The idea is a great one. Take a mouse that works like you'd think a mouse should, then add a number of multi-touch gestures so your mouse is everything a mouse is PLUS basic gestures you use with a touchpad or phone.

The packaging and OOBE (Out of Box Experience) is cherry. It's really nice to see Microsoft getting packaging right in a way that isn't a copy of Apple's packaging. The package opens up with a multi-fold lid like a treasure chest to expose the mouse beneath a clear cover. There's even a little magnet to hold the lid down. Inside the lid is directions on how to use the primary gestures.

You open the box by pulling the lid all the way off and releasing the mouse from it's stand. There's a nano receiver and batteries are included. While the nano receiver has a home inside the base of the mouse for storage, it's unfortunate that there isn't an option for using Bluetooth as I need another nano receiver like I need a hole in the head. All up, the packaging is primo.

The mouse itself is pleasingly heavy. I suspect if I opened it up I'd find a small lead weight inside to give it just a smidge of heft.

The tracking uses the newer BlueTrack system rather than the Red-light system most of my mice use. It's also extremely responsive and tracks on darn near anything. I don't need to use a mousepad with this mouse, but I always use a WowPad because they make any mouse work better. It really tracks perfectly, as it should. I haven't have any issues with poor tracking mice in the last several years since the optical-super-laser-whatever technology came out and this mouse is no exception.

The software is a new tab called Touch within the Mouse control panel. It's got a nice side-car window with a lopping video showing you how to do each gesture. It's a little subtle, but you can play each video with the little blue play button on the left (they look like bullet points.)

Here's a look at the software:

Instant Viewer is what you get with a three finger swipe. It looks like this. The idea is, swipe, click to task switch, and it works great, it just is a little awkward to three finger swipe. Fortunately, 4 fingers or basically the whole hand works too, so a big swipe up is much more comfortable.

Here's the part I'm having trouble getting past. Sometimes the scrolling just doesn't register. Often it registers on the second or third flick. I can't tell if this is hardware or software, but it's not cool. Maybe it's me. Things that you touch, whether they are phones, touchpads or mice should always work, every time, exactly. I think that one of the reasons that iPhones and capacitive screens are so successful is because of their responsiveness. Early PDAs suffered from that, tap, tap, tap, react cycle. Sometimes unresponsiveness is perceived unconsciously and other times it finds its way into your conscious brain. I was/am far too aware of scrolling gestures not registering far too often.

That said, the other gestures (two and three fingers) work EVERY time. I've really tested it with gentle touch, hard touch, etc and the two finger gestures ALWAYS work. I suspect there is some kind of scrolling driver bug going on here as the hardware seems very reliable. I'd love to hear from someone on the team if there is a known scrolling issue.

The other issue with scrolling is that you have to move your finger about a 1/2 cm before a scroll registers. I think this is to make the mouse not be too jittery. If it scrolled every time you moved at all, I suspect that would be irritating. That said, this should absolutely be a setting I can control. One direction 10 year anniversary.

This might very well be 'be design.' But when you make something called a 'Touch Mouse' in a world where iPads and Windows Phones have pixel-perfect scrolling, the comparisons will be drawn. I want to casually touch and scroll without thinking. Perhaps even a few pixels. The illusion is broken when a touch has to be a half-flick.

The scrolling also has built in inertia. If you flick it fast, it'll scroll fast and then slow down. This is nice because it feels like a tablet device where you can 'throw' a browser page and it'll accelerate and decelerate in a natural way. This 'inertial scroll' could really be the killer feature if the actual first touch that starts the scroll was more reliable.

I assumed that the middle area of the mouse would register as a Middle Click. It doesn't, so this is a 2 button mouse. This is almost a deal breaker for me because I use the middle click all the time when browsing to open new tabs in the background or to close a tab without switching to it. If you rely on the middle mouse button (not everyone does) then be aware. You may not miss it until it's gone.

This is a multitasker's mouse. If you have a great mouse that you like, should you switch? No. But if you are in the market for a mouse AND you are a person with MANY windows open or a person with multiple monitors I can see how the window management features would be really useful.

However, for me, I'm on the fence if this scrolling issue is a deal breaker or not. If there's an upcoming driver update that really nails the scrolling sensitivity down then I'll recommend this mouse wholeheartedly. Until then, I think I'll alternate between this one and my trusty and wonderful Microsoft Arc Mouse, which rocks completely.

Scott Hanselman is a former professor, former Chief Architect in finance, now speaker, consultant, father, diabetic, and Microsoft employee. He is a failed stand-up comic, a cornrower, and a book author. 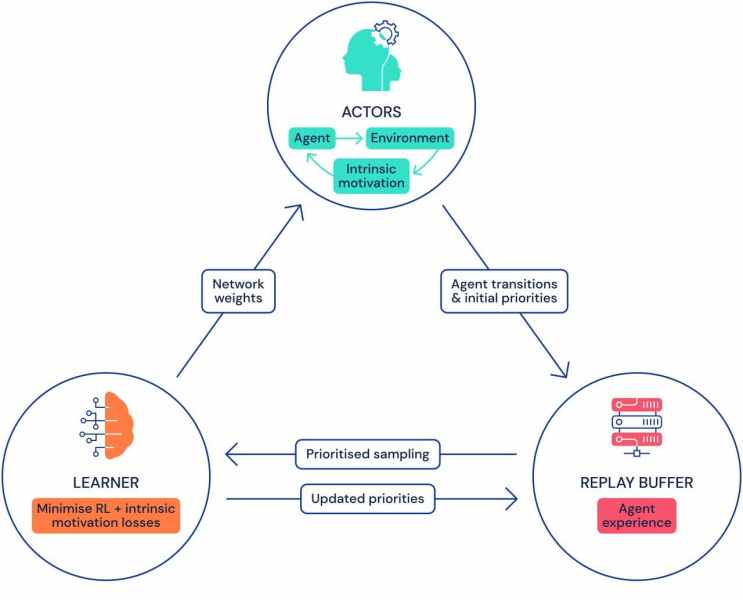