Bernie Glassman, better known as Roshi Glassman, was born in Brooklyn, N.Y., to a close-knit Jewish-American family. His parents were from Eastern Europe and brought with them strong opinions, particularly about socialism, which influenced Bernie’s personality and ideals.

As one of the founders of the Peacemaker Community, which strives towards social transformation through Zen teachings and social action, Bernie is a peacemaker at heart, aided by his brilliant mind and astonishing drive.

He holds prestigious degrees–including a Ph.D. in applied mathematics from UCLA–and a resume to match–including working as an aeronautical engineer for McDonnell Douglas in California. Yet Bernie felt there was more to life than merely earthly success. Better yet, he found a way to make his own successes beneficial to others.

While working as an aeronautical engineer in the mid 1960s, Bernie became very interested in the practice of Zen. In 1967, he began his Zen studies with Taizan Maezumi Roshi, founder of the Zen Center of Los Angeles, as well as with some other well-known Japanese Zen masters.

An avid student with an intense passion for his calling, Bernie was ordained as a Soto Zen priest in 1970 and soon became the chief administrator at the Zen Center of Los Angeles where he had not long before been a student. At the request of his teacher Taizen Maezumi Roshi, he began to teach. In 1976, he became Sensei Glassman--Maezumi Roshi's first Dharma successor.

He returned to the Bronx in 1980 to work on establishing a Zen community there: the Zen Community of New York in Riverdale. Yet he found controversy there because of his interest in Zen as business and Zen as social action. Bernie believed in teaching about work, action and business as being Zen practice rather than on just sitting meditation or “zazen.” He felt that “you get attached to the form [zazen Zen practice] and that becomes a substitute for life.” In other words, Bernie believed it was important to bring Zen into everyday life, and to practice a moving, acting meditation, rather than one simply focusing on sitting meditation.

To support his hatchling community, he started the Greyston Bakery, which over time became a multi-million dollar industry. He was not so much concerned with the potential profit, but with issues of social action along with the integration of Zen practice within daily life. By founding the Greyston Mandala, a network of successful socio-economic community development organizations enlightened by Buddhist values, Bernie was able to both bring vast employment to the area. He was also able to bring social causes into a typically money-driven economic world.

What is known today as the Greyston Mandala includes the bakery and the Greyston Family Inn, which renovates and manages apartment buildings for formerly homeless and low-income working families. It has developed 176 permanent housing units thus far for needy individuals and families, and also provides childcare and other support services to the community. The Greyston Health Services operates Issan House, a housing facility for individuals living with HIV/AIDS, and the Maitri Center, a day-health program providing medical services and alternative treatment to people with AIDS. The location provides a variety of on-site services including counseling, rehabilitation and daycare. Finally, the Greyston Garden Project has brought together community residents of all ages to create five plentiful gardens on what were formerly doomed plots of land. All the elements of the Greyston Mandala strive to promote a holistic approach and draws on its Buddhist roots.

Bernie's own work affected him deeply, and he found it important to get a fuller understanding of the lives of some of those his organizations are helping, the homeless. In the early 1990s, he decided that he wanted to experience firsthand what homelessness is like, so he began what became an annual tradition of “street retreats.” During these outtings, those on 'retreat' live on the streets for five days as homeless people, begging for food. This action helps others understand what it feels like to be completely at the mercy of others and their generosity, or lack thereof. Promoted by the program's success, he went on to lead retreats to Auschwitz were every November, 150 people “bare witness to the to unthinkable horror of the Holocaust.'

In 1984, Bernie spent his 55th birthday sitting in the snow on the US Capitol building steps, asking himself one question: 'What can I do about homelessness, AIDS, and violence in this country?'

This deep meditation led him to the idea of the creation of the Zen Peacemaker Order, an order of Zen practitioners dedicated to the cause of peace. He co-founded it with his wife, Jishu Holmes. Since then, the Zen Peacemaker Order has broadened to become a global, multi-faith network. But the integration of spiritual practice and social action continues to be the focus.

In 1995, Bernie received the honorable 'Inka,' the final approval from his teacher, and became Roshi Bernie or Roshi Glassman.

Throughout his lifetime, he has received several awards, including the 1991 Best of America Award for Social Action (US News & World Report) and the Ethics in Action Award (Ethical Culture Society of Westchester).

Bernie is also the co-author of On Zen Practice I & II, The Hazy Moon of Enlightenment and Instructions to the Cook, which describes the Greyston Mandala's vision. He also wrote Bearing Witness and Infinite Circle. 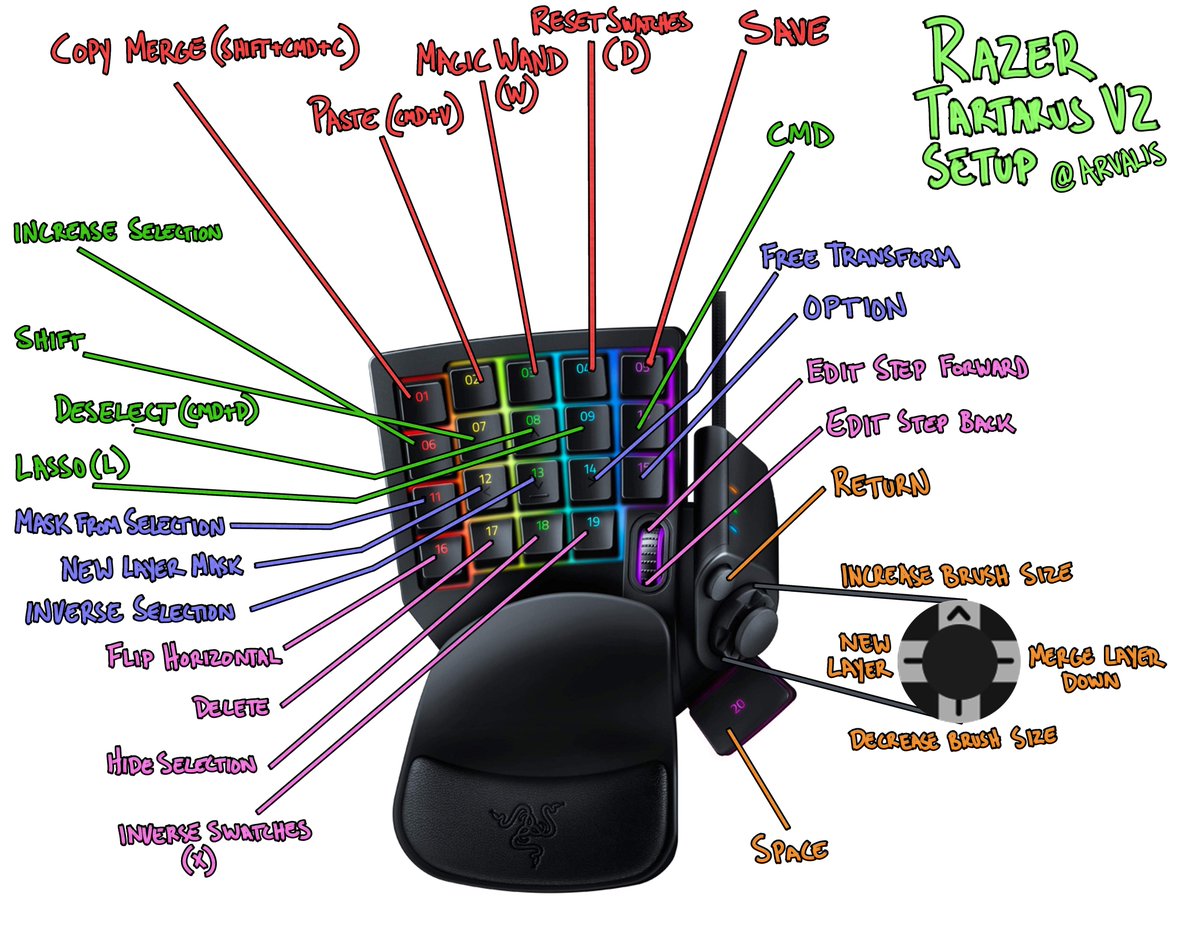 Bernie once told a reporter: 'I chose not to live in a monastery. I got involved in business, social action and peacemaking. So for me the question became, 'What are the forms in business, social action and peacemaking that can help us see the oneness of society, the interdependence of life?' My entire teaching life has been dedicated to creating new environments and structures, new businesses and social forms that will move each of us toward the realization and actualization of the enlightened way, which is nothing other than peacemaking.'

Bernie has been able to find a balance with the corporal and the spiritual that is true Zen in motion.

TO LISTEN TO THIS PODCAST please enter or confirm your email address below:

To listen to the free dharma talks on this site, we'd like to invite you to our mailing list. After entering your email, this page will reload, and you will have instant and unlimited access to the hundreds of dharma podcasts on this site.

Episode Description: In this introduction to Shantideva and his text, the Bodhicharyavatara, Roshi Joan speaks about Shantideva’s history and thematically reviews each chapter of the text. Weaving neuroscience, philosophy, the wisdom of her practice experience and that of other great masters, she underscores the importance of compassion for the survival of all sentient life. The Bodhicharyavatara is a guidebook for this endeavor.

To help keep these podcasts freely available, we hope you will consider making a donation of $10 or more to ourDharma Podcast Fund.

More about this speaker

Roshi Joan Halifax, PhD, is a Buddhist teacher, Zen priest, anthropologist, and author. She is Founder, Abbot, and Head Teacher of Upaya Zen Center, a Buddhist monastery in Santa Fe, New Mexico. She received her Ph.D in medical anthropology in 1973. She has lectured on the subject of death and dying at many academic institutions, including Harvard Divinity School and Harvard Medical School, Georgetown Medical School, University of Virginia Medical School, Duke University Medical School, University of Connecticut Medical School, among many others. She received a National Science Foundation Fellowship in Visual Anthropology, and was an Honorary Research Fellow in Medical Ethnobotany at Harvard University. From 1972-1975, she worked with psychiatrist Stanislav Grof at the Maryland Psychiatric Research Center on pioneering work with dying cancer patients, using LSD as an adjunct to psychotherapy. After the LSD project, she has continued to work with dying people and their families and to teach health care professionals as well as lay individuals on compassionate care of the dying. She is Director of the Project on Being with Dying and Founder of the Upaya Prison Project that develops programs on meditation for prisoners. For the past forty years, she has been active in environmental work. She studied for a decade with Zen Teacher Seung Sahn in the Kwan Um Zen School. She received the Lamp Transmission from Thich Nhat Hanh, and was given Inka by Roshi Bernie Glassman.

A Founding Teacher of the Zen Peacemaker Order and founder of Prajna Mountain Buddhist Order, her work and practice for more than four decades has focused on engaged Buddhism. Her books include: The Human Encounter with Death (with Stanislav Grof); The Fruitful Darkness, A Journey Through Buddhist Practice; Simplicity in the Complex: A Buddhist Life in America; Being with Dying: Cultivating Compassion and Wisdom in the Presence of Death; and, Standing at the Edge: Finding Freedom Where Fear and Courage Meet.

More podcasts by this speaker